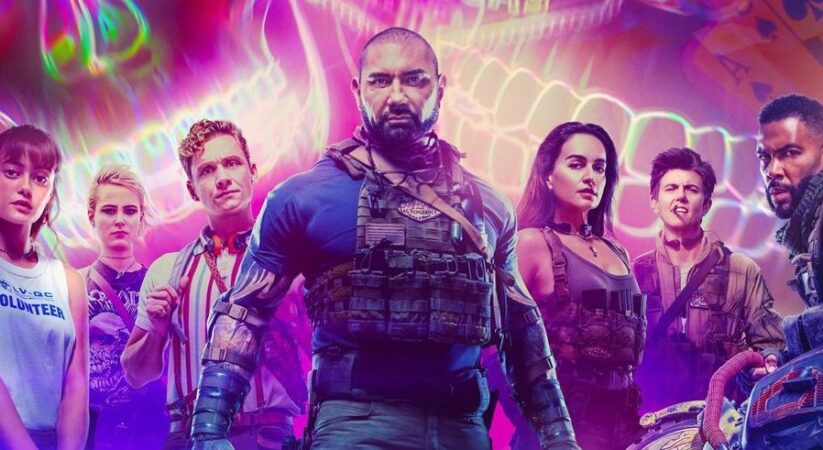 The first reactions to Zack Snyder’s upcoming Army of the Dead are in as those who have seen the film take to Twitter to reveal their thoughts.

The first reactions to Zack Snyder’s Army of the Dead are in. The upcoming Netflix blockbuster will hit theaters this Friday ahead of its streaming debut and the director’s return to the zombie genre is highly anticipated for a few reasons. Not only do some consider Dawn of the Dead to be Snyder’s best film, but his take on the horror genre was lauded for its relentless pacing and thrilling adaptation of the original George Romero film. Army of the Dead will also be Snyder’s first non-DCEU film since 2011’s Sucker Punch and give viewers a chance to see what the divisive filmmaker’s next chapter will look like.

If Army of the Dead’s trailers are any indication, Snyder will be sticking to his distinct visual aesthetic. Set to follow a group of ragtag mercenaries led by Dave Bautista’s Scott Ward, the zombie epic is part horror, part heist film. When the group realizes the zombies are much smarter than they seem, they must use everything they have, from their weapons to their unique survival abilities, to make it out alive.

With just a few short days until the film hits theaters, reactions to Army of the Dead have begun to emerge on social media. Many are praising the film as an extremely fun ride that brings together its disparate elements to make a genre busting zombie-action hybrid. Many note the opening sequence as particularly strong. Some seem less convinced, hinting that Snyder may not have followed through on all of the promises of Army of the Dead. Check out some of the reactions below:

Army of The Dead is a violent, gory, and bloody blast. Zack Snyder’s latest is a ridiculously fun and over the top genre bending zombie film. While the entire cast is great, Matthias Schweighöfer steals every scene. Oh, and the opening credits are absolutely epic. #ArmyoftheDead pic.twitter.com/6Seg3l1AFG

#ArmyOfTheDead is bloody fun! Has great zombie action, character banter & killer music. Also, quite funny. Loved the world created by @ZackSnyder & that every character has a moment to shine. His style matches perfectly with the zombie genre. Opening credits are 🔥#ZombieVerse pic.twitter.com/vhbaKjX8KV

I saw #ArmyoftheDead and I’m all-in on this world.

Pretty sure Zack Snyder just beat WB to the punch and made his own Suicide Squad movie, but with zombies. How about that. pic.twitter.com/xUb0lnylTs

#ArmyOfTheDead’s opening credits sequence is delicious, pure camp. While the rest of the film doesn’t sustain that tone (& meanders), there are lots of wild, deftly executed concepts & scenes centered on the heist. Even more audacious is there’s an unexpected infusion of heart. pic.twitter.com/TPGFC2nG2I

I found myself wanting more from #ArmyOfTheDead overall. It’s well cast and often funny. But despite blending the heist/zombie genres, there’s not much newness added to either. One or two fresh setpieces amid familiar blood n gore, but outside of that, you’ve seen it more or less pic.twitter.com/u4Bd0Ra5Ap

@ZackSnyder “Army of the Dead” was a helluva ride!

A wildly entertaining firepower zombie flick that features some of the best death scenes ever!

#ArmyoftheDead is a fucking blast. Like most Snyder films, it’s about 20 minutes too long, but that doesn’t matter when you’re having so much fun.

World-building is intriguing, evolution of the zombie genre is fitting. Watch this movie with as many people as possible.

#ArmyOfTheDead was VERY much my kind of thing. As hoped, the setting + Zack Snyder’s eye = a downright stunning display of zombie mayhem and carnage. Fell mighty hard for the whole ensemble, but I might need a 2.5 hour movie about just these two … pic.twitter.com/j6daBtuCOL

It seems that, for many, Snyder has knocked it out of the park with this one, especially without the overt studio influence the director has had to deal with over at Warner Bros. The main takeaway is that Army of the Dead is a lot of fun and the seems to be all someone can ask for in a film about zombies from Area-51. Much praise is also given to the character work done in the film, with Army of the Dead’s nearly two-and-a-half hour runtime leaving plenty of room for each and every character to have their moment.

Others say that this runtime can make Army of the Dead feel a tad bloated, but what’s a Snyder film without an overly long opening sequence or several prominent detours that shine a light on the director’s world-building? Either way, Netflix seems to have a perfect summer blockbuster on their hands, one that balances action and character well enough. In an interesting shake-up, fans will have the chance to see Army of the Dead in theaters before it hits the streamer, with Netflix putting the film on over 600 screens nationwide. It seems like diehards may want to see this one on the biggest screen possible.