Thursday, 19 May 2022
You are here: Home Brian Gutekunst expects Preston Smith back with Packers next season 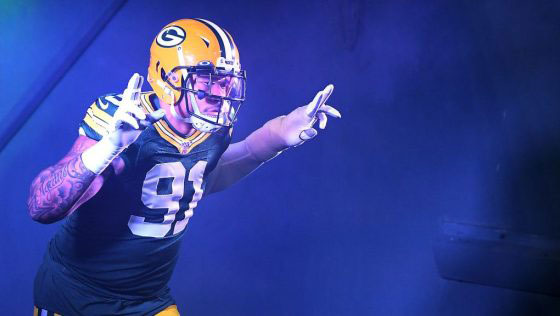 Green Bay Packers General Manager Brian Gutekunst said Tuesday that he expects outside linebacker Preston Smith to remain with the team for next season.

“Preston has played a lot of really good football for us, and certainly we’d like to have him back next year. He’s under contract, so we certainly expect him to be back,” Gutekunst said, via Ryan Wood of the Green Bay Press-Gazette.

Smith has two years staying on the four-year contract he endorsed with the Packers in 2019. Be that as it may, the Packers have some compensation cap issues to address and Smith appeared to be at any rate doable to be a potential cap setback. In the wake of posting 12 sacks in his first year in Green Bay, Smith had only four last season for the Packers. Notwithstanding, that dunk in sack yield isn’t something that is unsettling to Gutekunst.

“While those numbers might’ve been down, I think he influenced out football crew in an extremely certain manner,” Gutekunst said. “So I think there are a few things between the numbers there that his worth doesn’t generally show. He’s sort of been that way the entirety of his profession. On the off chance that you return to Washington, his sack numbers were consistently a smidgen all over, yet the manner in which he influenced the game with his length as a pass protector as well as in the run game too. So he’s a great player for us, and he has a ton of good years left, that is without a doubt.”