Tuesday, 24 May 2022
You are here: Home Detected the explosion of a ‘vampire’ star from the Canary Islands 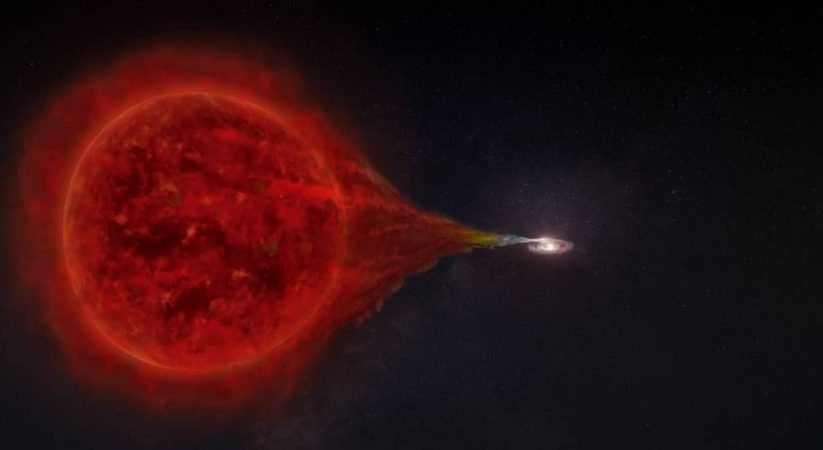 Novas are explosive stellar phenomena that occur in binary star systems in which one of the components is a white dwarf (the dense core of a solar-type star that has expelled its atmosphere). The dwarf ‘vampirizes’ the material of its companion star, which accumulates and forms a layer of superficial hydrogen, and when it reaches a certain critical mass, a thermonuclear explosion is triggered that increases its brightness thousands of times, expelling the outer layers at speeds of thousands of kilometers per second.

After a while, the system stabilizes and the process of accumulation of matter on the white dwarf resumes. This is the case in a recurrent nova located in the Milky Way: RS Ophiuchi , whose last explosion showed an unprecedented emission of very energetic gamma rays.

When the warning of this nova explosion was received on August 8, 2021 , an extensive monitoring device was activated, both from space (with the Fermi gamma-ray telescope) and from the ground. Specifically, on August 9, the MAGIC collaboration used its twin Cherenkov telescope system, located at the Roque de los Muchachos Observatory (La Palma), to observe the RS Ophiuchi nova.

High sensitivity of the MAGIC ‘twins’

Thanks to the excellent observation conditions on the Canary Island, the rapid reaction of the collaboration and the high sensitivity of the MAGIC ‘twins’, the nova could be detected at energies one hundred billion times greater than visible light. The results have just been published in the journal Nature Astronomy. 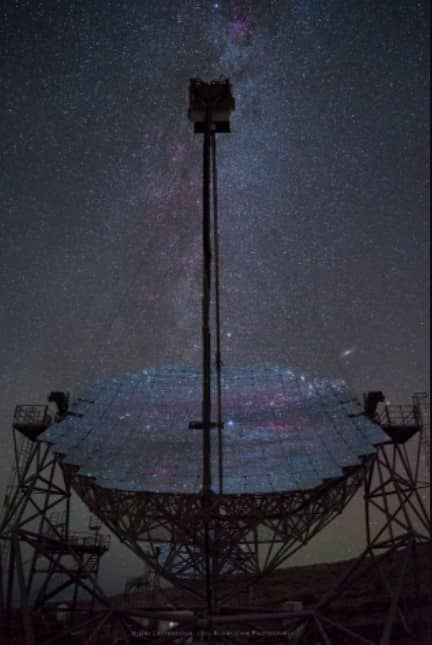 “The RS Oph eruption is a very rare event in the gamma-ray sky: it is the most luminous and highest-flux nova detected in gamma-rays to date, and we observed it just in time,” says one of the authors. Rubén López-Coto , a researcher at the Italian institute INFN, the University of Padua and the Institute of Astrophysics of Andalusia ( IAA – CSIC).

“This work has identified novae as a new type of very energetic gamma-ray source. Therefore, a new line of research has been opened in very high-energy gamma-ray astronomy”, adds Alicia López-Oramas , a researcher at the Institute of Astrophysics of the Canary Islands ( IAC – CSIC).

The team was also able to verify that the explosion was energetic enough to produce strong shock waves in the medium surrounding the star system. These waves are responsible for accelerating the subatomic particles present in the interstellar medium to speeds close to those of light.

In the case of nova RS Ophiuchi 2021, the model that best describes the observations from MAGIC and other telescopes holds that very high-energy gamma rays are produced by protons , positively charged particles that make up the nuclei of hydrogen atoms.

Although novae eruptions are less energetic than supernovae, in which a star dies in the explosion, they are also much more frequent. The results obtained indicate that, although most of the cosmic rays that permeate the Milky Way are generated in other sources, novae can be surprisingly efficient proton accelerators.

“MAGIC had been unsuccessfully tracking nova explosions for some time. It is gratifying to see that the effort is worth it and that we have managed to open new windows that bring a deeper understanding of our universe”, highlights Oscar Blanch , researcher at the Institut de Fisica d’Altes Energies ( IFAE ) and spokesperson for the Magic collaboration. “It is the fruit of the work of many people,” he concludes.

The Institute of Space Studies of Catalonia (IEEC) participates in this project through researchers from the ICCUB units and the Center for Space Studies and Research (CERES-UAB). In addition, the MAGIC data center is the Port d’Informació Científica (PIC), a collaboration between IFAE and CIEMAT.