Tuesday, 24 May 2022
You are here: Home Dolly Parton, James Patterson — in words and music 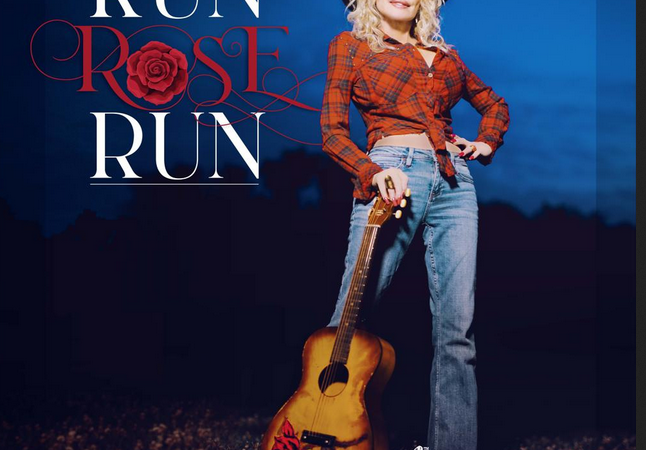 LA VERGNE, Tennessee (AP) — Sometimes even Dolly Parton has a hard time keeping up with the legend of Dolly Parton.

“I often go into my museum in Dollywood, you know, because I’m in the mood to be there or we’re in there doing something or putting something new in. And I look at all that stuff and think ‘When, how did that happen?’” she says. “I shake my head when I see, like a documentary or something. I think how did I do all that, how did I get all that done?”

The singer, songwriter, actor and philanthropist is speaking from another wing of her empire, one of two sound stages at a 7,200-square foot studio complex outside of Nashville, with assistants and technicians moving about and Parton herself in a characteristically cheerful mood on an otherwise overcast afternoon. Seated next to her — and wearing a dark tuxedo jacket touched with black and red to match the pattern of her dress — is a novelist as prolific in his field as she is in songwriting, James Patterson.

He is among the best selling authors in history and, like Parton, a champion of literacy programs. He is 74 and has written or co-written hundreds of books. She is 76 and has written thousands of songs. Until a couple of years ago, they were mutual admirers who had never met. Now, they have completed a novel that comes out this week, “Run, Rose, Run,” an Amazon.com bestseller even before publication and the rare work of fiction to arrive with an accompanying soundtrack.

“He’d give me ideas for the songs. I gave him ideas that he expanded on for the characters and incorporated in the book,” says Parton, whose “Run, Rose, Run” album includes 12 new songs. “So it really was a magical team.”

The collaboration began as just one of countless ideas for Patterson, who reliably turns out several books a year, from children’s stories to a biography of the Kennedys to two best-selling thrillers written with former President Bill Clinton. Patterson spent a lot of time in Nashville in the 1960s while attending Vanderbilt University and thought of an archetypal story — a young, promising and frightened country singer, AnnieLee Keyes, facing a “million to one odds,” and her bond with a retired country superstar, Ruthanna Ryder.

“Run, Rose, Run” is a close look at the Nashville music scene, through the eyes of women. The narrative has music and romance and cheering crowds, and lyrics to Parton songs such as the mid-tempo rocker “Big Dreams and Faded Jeans.” On the darker side are unscrupulous executives, unwanted physical advances and the male-oriented ways of the market, defined by a radio consultant’s “salad” theory, in which men are the essential artists, “the lettuce,” the women more like tomatoes, “to be sprinkled into airplay now and again as garnish.”Parton, who famously rose from a cabin in the Great Smoky Mountains of East Tennessee to international acclaim, says her back story differs from AnnieLee’s. But she did endure “having bad managers and having to, you know, just squirm, trying to get out of situations.” AnnieLee’s struggles to take control of her career reminded

Parton of her early work with Porter Waggoner, who helped her break through professionally in 1967 when he brought her on to his popular television show. They recorded and toured together for seven years, their battles well publicized, before she announced her departure. The end of their working partnership inspired her classic “I Will Always Love You.”

“Oh God, I used to fight all the time with Porter Waggoner,” she says of the late singer, who died in 2007. “We were known for, you know, for our disagreements. But he gave me a big hand up and I always appreciated that. But I (also) had always wanted to be my own star, and I said that at the start. I didn’t want to be just a girl singer in somebody else’s group.”

Parton’s life now is much closer to Ruthanna’s, “one of country music’s grandest queens.” But Parton is a bit gentler. When Ruthanna first meets AnnieLee, at a small table in the back of a bar, Ruthanna praises her talent as “something special” before advising her to “get the hell out of Nashville” and be spared ending up broke and on her own.

“I would never, ever tell somebody not to follow their dream,” Parton says. “I would just say, ‘If you’re dead serious about what you’re doing, you got to buckle up and take it. You’ve got to sacrifice as far as you can and compromise, but don’t ever sacrificeyour soul and your principles and your values.’ That’s where Ruthanna and I differ. I would never tell a young person not to follow their dream because I would crush somebody. Even if they weren’t that talented, I wouldn’t tell them that.”

Ruthanna is out of the business and well pleased to be past the “desire to pour her heart out into a melody.” Parton is all in, writing so often she likes to tell Patterson that she could turn out a song while standing on her head. “Run, Rose, Red” is just one part of their 2022. His other books this year include the memoir “James Patterson: The Stories of My Life” and another “Michael Bennett” thriller. She was scheduled to host the Academy of Country Music Awards on the night her book comes out and, via livestream, will later this month appear for the first time at the SXSW Festival in“Where would I go?” she says when asked if she would ever retire. “You can’t leave yourself behind. I would be doing my music, writing my songs if I had to sell them out of the trunk of my car. And I did that in the early days when I was young and trying to get things going. So I would do it no matter what, even if I had to take another job.”

“One of the similarities that Dolly and I have is we don’t work for a living,” Patterson adds. “We play for a living. You don’t stop doing that. Why would you stop playing if you can, if you can do it?”Austin, Texas.

“Where would I go?” she says when asked if she would ever retire. “You can’t leave yourself behind. I would be doing my music, writing my songs if I had to sell them out of the trunk of my car. And I did that in the early days when I was young and trying to get things going. So I would do it no matter what, even if I had to take another job.”

“One of the similarities that Dolly and I have is we don’t work for a living,” Patterson adds. “We play for a living. You don’t stop doing that. Why would you stop playing if you can, if you can do it?”