Thursday, 11 August 2022
You are here: Home Entertainment A Quiet Place sequel passes $100m mark in US and Canada 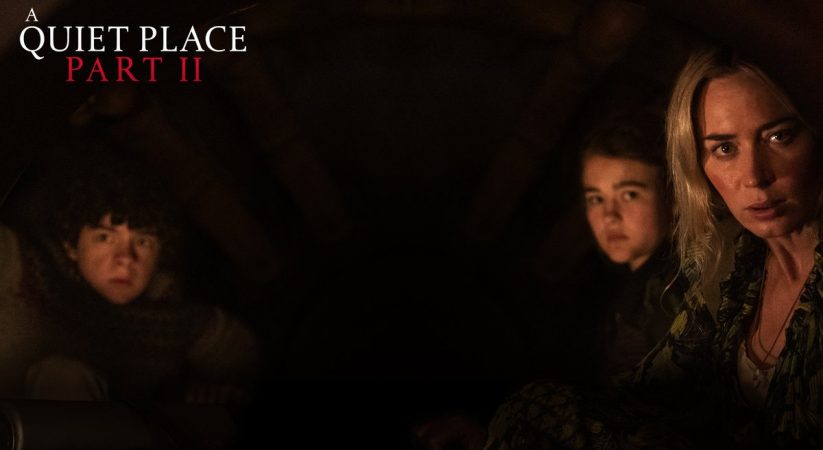 A Quiet Place Part II has become the first film released since the start of the Covid-19 pandemic to make more than $100m at the US and Canada box office.

The symbolic feat will reassure cinema owners and exhibitors as they seek to rebound from the pandemic’s devastating impact on their business.

It was originally set to open last year before eventually opening in May.

The film stars Emily Blunt and is set in a world where humans have been hunted to near-extinction by predatory blind aliens.

The aliens are highly sensitive to sound, which means the few remaining humans must stay as quiet as possible to avoid detection.

Box office takings continue to lag behind those of previous years due to a number of contributory factors.

They include audience hesitancy, particularly among older cinemagoers, and competition from streaming services.

The latter may have been a factor in the disappointing numbers posted by the film version of Lin-Manuel Miranda’s musical In the Heights.

The film, which opened in cinemas on the same day it was launched on the HBO Max streaming service, took in $11.4m (£8m) in its opening weekend.

The musical, about young Latinos in New York’s Washington Heights neighbourhood, had been tipped to make as much as $20m (£14m) from its first three days in US and Canadian cinemas.

Variety said the film’s underwhelming reception was “puzzling” given the positive reviews it had received and the amount its distributor Warner Bros spent promoting the film.

It asked whether audiences were more inclined towards properties “with higher brand recognition” while suggesting the film might go on to become a so-called “sleeper” hit.

Deadline said it might have performed better had Warner Bros held its release back until the autumn, when it might have benefited from “fall film festival word-of-mouth”.

It also suggested that the show did not have “the renowned, hummable songs” of Hamilton, the Broadway smash Miranda went on to create after making In the Heights.

Director Jon M Chu remained upbeat, thanking his followers on Twitter for the “massive amounts of love and support” he said he had received.

Yet other social media users were less complimentary, with some criticising the film for a lack of dark-skinned Latino actors in its cast.

One Twitter user said “Black-Latin” people were a Washington Heights fixture and accused the film of “erasing” them from the neighbourhood.

Others took issue with the film’s length – two hours and 23 minutes – with even one of its fans conceding it was a “little on the long side”.

A Quiet Place Part II was among a large number of titles that had their scheduled releases in 2020 put back due to the worldwide pandemic.

Others include the James Bond film No Time to Die starring Daniel Craig, which is now scheduled to reach cinemas in late September.