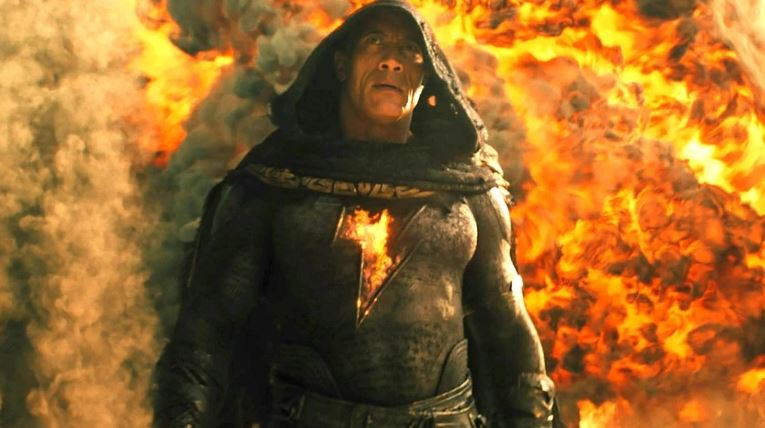 Reports of the Snyder-verse’s death have been greatly exaggerated. For months, it’s looked like the DCEU begun by the Zack Snyder-helmed Man of Steel had come to a close. While some vestiges were sure to remain, in the form of the Aquaman and Shazam! sequels and possibly the stand-alone Flash film, several indicators suggested that Warner Bros. wanted to seek a new direction.

And yet, WB also knows that the Snyder-verse has its adamant fans, who continue to hope that every new movie featuring DC characters could indeed restore their beloved shared universe. At the outset, Black Adam seems like an unlikely movie to do this restoration. Primarily marketed as a Dwayne Johnson star vehicle, Black Adam’s commercials featured the newly introduced Justice Society of America, not familiar members of the Justice League or even Shazam, traditionally the arch-rival of Black Adam. Even a cameo by Suicide Squad‘s Viola Davis as Task Force X boss Amanda Waller only raised further questions, as her previous DCEU roles put her in charge of villains instead of heroes like Hawkman.

In the movie’s post-credit scene, Amanda Waller arrives via holograph riding a drone to warn Black Adam to stay in his home country of Khandaq, threatening heroes from on and off the planet if he steps out of line. Unsurprisingly, Black Adam ignores the threat, and he’s immediately greeted by Superman, played once again by Henry Cavill.

Clearly, that’s a big moment for fans who feared that Cavill had put his cape behind him. For some, the hint of a restored Snyder-verse is even greater than the appeal of a Black Adam feature (with good reason, according to our review). So DC’s social media team decided not to bet on that hope, or even word of mouth, and just spoil the whole thing on Twitter.

Yeah, #BlackAdam is going to cause some conversation. Experience it in theaters Friday 10/21. Get your tickets now: https://t.co/daugdlMCZD pic.twitter.com/ZERsgk3BMl

While the post doesn’t actually say that Henry Cavill is the Superman doing the texting, its safe to say that no one was expecting it to be George Reeves, Christopher Reeve, or even Brandon Routh. DC wanted fans to know that Black Adam wasn’t building up to a fight against the Big Red Cheese Shazam, but against the Last Son of Krypton. And they wanted fans to know that it would likely be the Snyder-verse Man of Steel doing the fighting.

Early reactions to Black Adam have been fairly mixed, but it’s too soon to tell if the marketing stunt worked or if it will lead to a full-on Snyder-verse resurgence. But if it’s the latter, we can be sure that DC won’t let fans wait to see the movie before they find out.