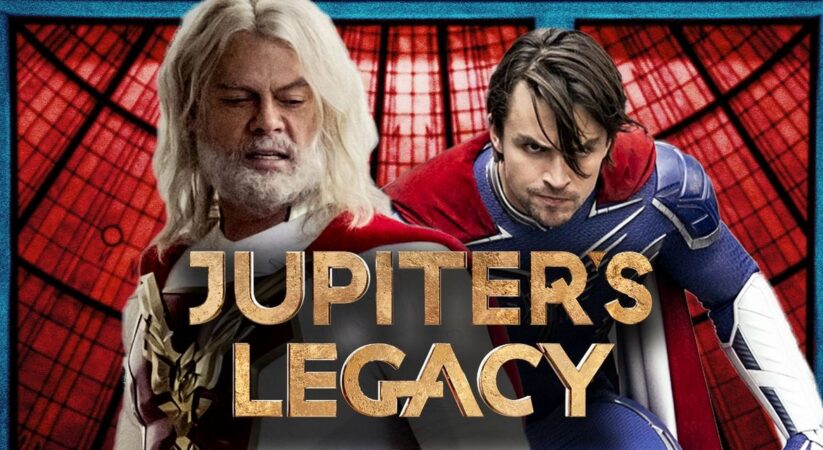 May 2021 may not be kicking off the summer movie season with a superhero movie, but Netflix is helping fill the void with Jupiter’s Legacy, an intergenerational tale that debuts Friday. The project is the first adaptation following Netflix’s 2017 acquisition of Millarworld, the company founded by comics king Mark Millar, known for Kick-Ass and Kingsman, and comes ahead of a sprawling slate of film and TV adaptations in the works.

The series looks at two generations of superheroes and is told through two different times. In the 1920s, a group visits a mysterious island and is granted powers, while in the present day, the same group is now elderly and watching as their children attempt to pick up their mantles.

Millar is unveiling the final chapter in the comics, with Jupiter’s Legacy: Requiem hitting in June. That means for the cast, Jupiter’s Legacy could be the first in many years of work, should the show become a success with Netflix’s 200 million global subscribers.

“We are probably going to go pretty far,” actor Ian Quinlan, who plays Hutch, told Tiffany Taylor on the latest episode of Heat Vision Breakdown. “So there’s more to come for sure. And there’s been a question when I read the question and when I’ve been watching the series, is ‘Why were they chosen and why were they given these powers?’”

Actor Ben Daniels revealed that he’s already read some of Requiem, noting, “It’s so exciting what happens to these characters again, another generation along.”

Josh Duhamel, who plays patriarch Sheldon Sampson/The Utopian, was drawn to the relatability of the family drama in the property.

“What is it like having the responsibility of this for so long and then looking back on it all and realizing you weren’t as present of a father as you should have been?” said the actor. “Or this code that you’ve always believed in so strongly and lived by … suddenly is being questioned. There are real, current themes at play which I think makes it relatable and a little bit more subversive.”

For Leslie Bibb, who plays matriarch Grace Sampson/Lady Liberty, the different timelines were fun to play with.

“You never see people at the beginning and the end. I thought that was a fresh way of looking at it,” said Bibb.

When he set out to write the story, Millar gave himself the goal of writing the greatest superhero story of all time. Tenika Davis, who plays Petra Small/The Flare II likened the story to Greek epics.

“If I were to liken it to something, it’d be something more like The Odyssey,” she said. “It’s that epic journey that we are going on. Traveling through space and time.”

Jupiter’s Legacy is streaming now. In addition to the series, Millarworld has a number of other projects in the works for Netflix, including TV shows The Magic Order and Super Crooks film adaptations of Reborn, Empress, Huck, Sharkey The Bounty Hunter and Prodigy.