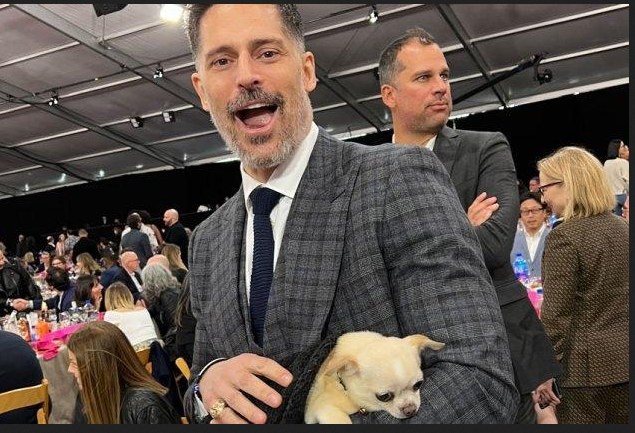 The Film Independent Spirit Awards returned as a live, in-person event on the beach. The traditional blue carpet was rolled out for this year’s indie superstars, who gathered under a tent on the beach in Santa Monica for this year’s festivities on March 6. Hosted by Megan Mullally and Nick Offerman, the awards’ honorary chairperson was Kristen Stewart.

Here’s a look at what the cameras didn’t catch inside the show.

Guests had to provide proof of full vaccination and a negative COVID test taken within 48 hours of the awards. Masks weren’t required, except for press on the carpet and event staffers. K95 masks were offered by COVID officers, who continually asked press to put their masks on, even before talent arrived for carpet interviews

Just minutes before Andrew Garfield presented the Robert Altman Award to “Mass” (Garfield and first-time director Fran Kranz starred together in Mike Nichols’ 2012 production of “Death of a Salesman” on Broadway), one of the film’s stars, Jason Isaacs, stepped outside to talk to someone on his phone. “I’ll bring you up on stage with me,” he said into the phone. As Garfield made his remarks, Isaacs held up his phone so the mystery person could watch. As he walked on stage, Isaacs revealed that co-star Ann Dowd was on FaceTime.

Ruth Negga accepted her award for best supporting female for “Passing” with a pre-recorded acceptance speech.