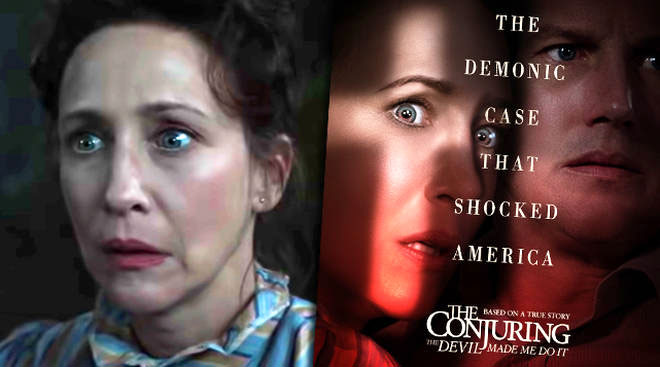 Summer movie season is nigh.

Yes, it would have traditionally (in the modern sense) already started by this point on the mid-May calendar, but traditions aren’t quite back in style yet. They’re getting closer, though, as completed vaccinations in the United States have reached 45 percent of adults and the CDC has announced new guidelines suggesting those who are fully inoculated are safe to return to pre-pandemic activities and, other than in an extreme circumstances, stop wearing masks both outdoors and indoors.

For an industry that has been crippled during the last 14 months and only just recently started to see signs of true rebirth, that’s essentially a blessing for more audiences to feel safe about returning to domestic movie theaters.

While the pandemic is not technically over, and many international markets remain behind the progressive curve of the U.S., the messaging being communicated by both health officials and previously-reticent movie studios is one of optimism. The Big Screen Is Back campaign is underway as film industry executives and star talent promote the long-awaited mainstream rebound of cinemagoing across the 50 states.

Among the highlights in recent weeks have been viral video campaigns from Marvel Studios, Matthew McConaughey, and Vin Diesel monologuing a special F9 trailer — all of which strive to welcome people back into exhibition’s auditoriums. It’s a safe bet more promotions like this will pop up throughout the remainder of 2021, and perhaps even into next year.

As we enter this new phase of the recovery period, uncertainty will still follow as it always does in the midst of transition. Not every moviegoer is coming back at the same time, and that may still hold true for the uber-cautious even among the vaccinated in the weeks and months ahead. However, springtime box office results of Godzilla vs. Kong, Mortal Kombat, and Demon Slayer have served as indicators of pent-up demand that is only increasing as the summer days approach.

Instead of a traditional “first weekend of May” start to the usually bustling movie season, summer — for this year, at least — will harken back to the late 20th century when big seasonal movies would typically first in late May. For very different reasons now, that’s when Paramount’s theatrically exclusive A Quiet Place Part II and Disney’s hybrid release Cruella will debut over the Memorial Day frame two weeks from now.

Previous analysis and tentative forecasts for those films remain generally in tact at this point, with only slight fluctuations in modeling to account for the staggered reopening of cinemas, varying seating capacities and easing of restrictions, conservative ramp-ups on studio marketing, and a building resurgence of general awareness and advance ticket sales. Currently, just under 65 percent of domestic theaters are open — a tally that should climb higher in the next few weeks as the holiday and June approach.

While still not quite back to normal, that means it’s time to start digging into (semi) long range outlooks for individual movies again. Once Memorial Day hits, virtually every weekend thereafter is slated to deliver at least one significant theatrical release from a major studio through August — a broad change in dynamic from where things stood last summer, and even as recently as this spring.

Here are the five films after the Quiet Place sequel and Cruella that will define June’s box office trajectory and further establish hopeful momentum for a strong second-half of 2021:

Warner Bros.’ core Conjuring franchise has amassed nearly $240 million in North America from the first two films, opening to $41.9 million in 2013 and $40.4 million in 2016. The Annabelle and The Nun spin-offs have gone on to generate considerable success on their own terms, but this prime corner of the series will see the full-time return of Vera Farmiga and Patrick Wilson as Lorraine and Ed Warren. The preceding films were also early-to-mid summer hits upon their release, and this third entry returns to that home corridor.

The catch(es) this time around: Not only will the film bow day-and-date as a hybrid SVOD release in theaters and The Conjuring 3 on HBO Max like all of Warner’s other 2021 films, this third Conjuring pic also arrives just one week after A Quiet Place Part II. The crossover audience for horror fans is more than notable, especially since most franchises endure some kind of diminished returns after a grand total of seven films leading into this entry.

These kinds of numbers would traditionally not stand among the “most important” of a given summer, but in this case, they could be impactful enough to generate one of the highest box office starts since the beginning of the pandemic outside of Godzilla vs. Kong ($31.6 million three-day). Since the first trailer was released three weeks ago, it’s racked up over 16 million YouTube views on the official channel, and the broader social media footprint is equally encouraging.

Further upside: While catastrophe-related plots might not immediately seem appealing after a year-long pandemic shutdown, horror movies have been known to provide the kind of escapism craved in times of real world struggles.

As a date-night friendly option, this — and several other films mentioned down this report — are poised to pick up on the trend of strong group sales during the pandemic recovery period. Research firm Movio reports Godzilla vs. Kong drew 38 percent of its ticket sales from groups of two or more people, up from 28 percent on Godzilla: King of the Monsters and 24 percent for Kong: Skull Island.

We’re bullish on this Lin-Manuel Miranda-penned musical for a variety of reasons. Pre-pandemic, the film had the makings of a major summer breakout last year with immense appeal to a diverse audience anchored by Hispanic families and communities.

Since then, it too has shifted to a hybrid release under the Warner Bros. banner. A day-and-date SVOD option could cut into box office returns on some level, but on the other hand, this is exactly the kind of crowd-pleasing — and potentially interactive — summer event that may play a major role in bringing audiences back to theaters.

On YouTube, the top three trailers have generated over 25 million views — mostly from clips released in the past month. Each marketing bump for the film has ignited a noticeable jump in social chatter and interactions, further underlining expectations this film could open well and stick around throughout the summer.

The first film, released in August 2017, was a sleeper hit in its $21.4 million debut before cashing out with $75.5 million domestically — a respectable sum for a $30 million movie coming out in the dog days of summer.

Ryan Reynolds and Samuel L. Jackson return for the sequel — which was already enough to draw back fans of the original — but Salma Hayek and Morgan Freeman have joined the party this time around. Diminished returns were and are a possibility here given the history of similar sequels like RED 2, but all bets are off in this atypical summer corridor.

With a very popular cast, and arguably the most high-profile comedy-esque film to release since Bad Boys for Life in pre-pandemic 2020, The Hitman’s Wife’s Bodyguard looks like a solid mid-June counter-programmer for adults when it lands on the Wednesday before Father’s Day.

Not many films have seen their release date shift more times than this sequel, but Sony was one of the first this spring to feel confident about moving it up from a previous August 2021 target date to June.

The original film was a solid hit for the studio, earning $25 million in its February 2018 opening before totaling $115.3 million domestically. This sequel will provide the first truly lighthearted, family-oriented movie of the summer, and just in time for Father’s Day weekend.

Forecasts are currently on the moderate side, but a debut even closer to the original wouldn’t be shocking given the significant pent-up demand for a movie easily accessible to kids and parents during summer vacations. They have been two types of moviegoers driving pandemic-era releases like The Croods: A New Age, Tom & Jerry, and Raya and the Last Dragon, long before markets were as open and restriction-eased as they’ll probably be come mid-June.

No movie in the first half of 2021 has as much potential to rally a broad swath of moviegoers from diverse backgrounds back to movie theaters than this one, the ninth installment of the prime Fast & Furious series and tenth overall following 2019’s Hobbs & Shaw.

The promo reel featuring Vin Diesel that I mentioned earlier in this report further cemented what was already becoming clear when Universal committed F9 to a staggered international rollout beginning May 21 before a theatrically exclusive release in North America on June 25: that F9 has lofty aspirations to cement its place in the history books as one of the big-budget, mainstream, summer franchise movies that proves the masses are coming back to theaters.

Will it achieve that? Time will tell, but the signs are pointing to “yes” — in fact, the film could theoretically end up more anticipated than it had been before the pandemic. Racking up more than 90 million views from two official YouTube trailers (which even excludes 9.7 million from the “Our Return to Theaters” promo), engagement across Twitter, Instagram, and other social spheres is heating up at a rapid pace.

Intriguingly, F9 was once viewed as the next follow-up to a franchise that saw diminishing returns for the first time in a decade when 2017’s The Fate of the Furious hit $226 million domestically. Granted, that’s still the third best tally of the franchise behind Furious 7 ($353 million) and Fast & Furious 6 ($238.7 million), and the brand remains incredibly strong in key international markets. There, F&F movies average about three-quarters of their global box office take.

Nevertheless, Fate divided fans on the home front and left reception more mixed than the series had become used to since 2009’s revival sequel changed the brand’s course forever. Now, though, after several delays incurred by both natural production scheduling and the past year’s theatrical closures, F9 is one of the literal poster movies of the pandemic — increasing its already significant profile just by way of grabbing headlines every time Universal has had to delay it throughout the past year and a half.

The studio is promoting the release further with “Fast Fridays”, screening for free all previous eight movies in select theaters every Friday until June 25. Tickets for those have been scooped up by fans quickly, and in a timely turn of fate as the original 2001 film celebrate its 20th anniversary this June 22.

Director Justin Lin is back in the driver’s seat after his success with the third-through-sixth installments, while the core audience and themes of family should further resonate among fans. That could even apply to casual audiences who may not have otherwise been as excited for another sequel to this franchise but have now been without popcorn-friendly, adrenaline-fueled big screen action for quite some time.

And if there’s a big blockbuster franchise poised to attract audiences from all backgrounds, it’s this one: While 58 percent of Fate‘s audience was male, an even 50% split occurred over and under the age of 25, while 26 percent where of Hispanic background, 19 percent Black, and 11 percent Asian. Similar demographic splits are widely expected for this ninth chapter.

It could be very easy to overstate the potential of F9 this summer, especially with shorter theatrical windows in mind and the aforementioned uncertainty about how much more of the regular moviegoing populous will return in the next six weeks. This is an historically front-loaded franchise, though, so 30 to 45 days of exclusivity before streaming may not have much impact on the box office bottom line in the end.

Time will tell in this new world, but for the reasons outlined here, it could also be very easy to *understate* the potential of F9 this summer.