Tuesday, 29 November 2022
You are here: Home Entertainment ‘Raiders of the Lost Ark’ at 40: Karen Allen and Paul Freeman look back at cinema’s greatest fortune and glory (exclusive) 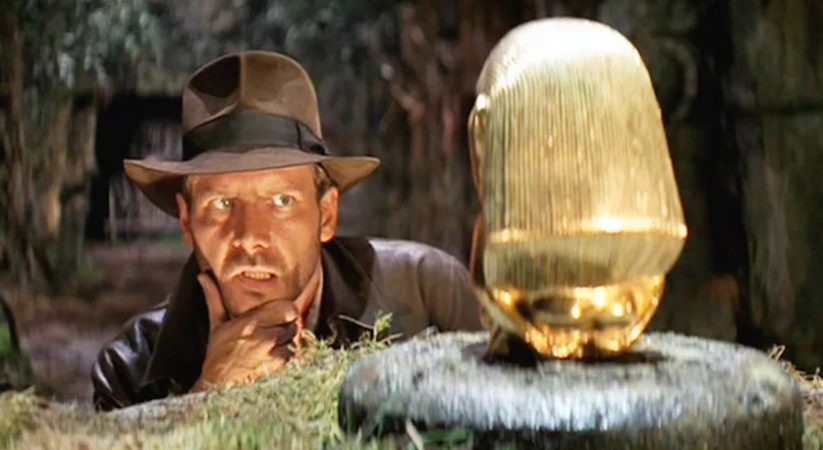 “Steven was captaining a very large ship. The preparation that had gone into it was like nothing I had ever seen.” – Karen Allen

When two bearded titans of pop-culture called Steven Spielberg and George Lucas successfully beat Hollywood at its own game in the 1970s, the pair’s next move was to boldly create a franchise that wholly encompassed the white-knuckle entertainments that old Hollywood once stood for.

In creating a movie franchise about the veteran archaeologist Dr Henry Walter Jones Jr, the pair finally made their James Bond movie via a David Lean opus of new-tech gore, shade, cartoon history and romantic peril.

As that travelling red line now takes Dr Indiana Jones across the globe to create a fifth crack of the movie whip, we look at the 40-year legacy of one of cinema’s greatest fortunes and glories, Raiders of the Lost Ark.

Lucas and Spielberg’s Star Wars (1977) and Close Encounters of the Third Kind (1977) may have got audiences clamouring for more space, stars and aliens, and the new technology that achieved them.

As countless ads, pop videos, fashion catalogues, terrible movie rip-offs (Sahara anyone?!) and even Octopussy (1983) embraced the retro-matinee derring-do of Raiders, it soon became one of the first big titles to lift the Ark lid on the VHS boom.

That in turn led to one of the first fan-led projects to draw the map on 1980s movie nostalgia with a beautiful depiction of its personal impact on our lives – Raiders! The Story of the Greatest Fan Film Ever Made (2015).

Whereas Spielberg’s prior 1941 (1979) was a mis-timed war folly (edited, scored and costume designed by the same team who continued their WWII duties on Raiders), here screenwriter Lawrence Kasdan’s tale of a biblical treasure hunt pitched against the Nazis is a Dr Jones seminar of movie velocity and abbreviation.

Forever powered forward by Douglas Slocombe’s majestic cinematography, Spielberg’s tight grip on a yesteryear action fable, John Williams’ heraldic theme cranking into life like a Pan-Am clipper plane and Deborah Nadoolman’s costume design, the most memorable beats of Raiders are all as instant as a New Testament etching.

Indy grabbing the Fedora, an infamous boulder, Marion Ravenwood’s tulle dress, the louche tailoring of the Third Reich, Toht and that coat hanger, a sea of wicker baskets, a wraith-like dawn scored by Williams, the menace of a Panama hat, and a hero emerging from a jungle shadow into motion picture immortality – there is more movie iconography in Raiders than some whole genres combined.

Raiders of the Lost Ark is a living, breathing movie poster. And it was original poster artist Richard Amsel who was the first to craft Indiana Jones’s marquee sense of maps, whips, and parchment adventure. A pencil illustrator who later died of AIDS aged 37, Amsel created a visual template the Indy franchise has kept close to its whip belt ever since.

His archivist and biographer Adam McDaniel suggests it was Amsel whose first portrait of Harrison Ford in the role “helped to define the hero’s rugged aura”. “He reflected the more enigmatic, grittier nature of the character”, McDaniel continues, “- long before Indiana Jones became a household name, and before the character grew more larger than life in the subsequent films.” And that first, hand-drawn Raiders artwork was achieved without Amsel ever seeing the film.

Raiders is also the most romantic of all Spielberg’s films. The director himself may have later married Indy’s second leading lady — Temple of Doom’s Willie Scott (Kate Capshaw) — but the titular doctor got there originally with his first crusade, Marion Ravenwood (Karen Allen). Marion came from an already smart, plucky line of Spielberg women.

With Nadoolman’s puff sleeves, 1930s hats and silhouettes, Marion not only set a global template for women’s fashion in the 1980s. She was an inventive prototype for the women of 1980s cinema. Whilst on a recent break from drinking games with mountain men and Nazis, I ask Karen Allen why Marion has endured so much.

“When we meet Marion in the story she is fully in charge of her own world, which is the Ravenwood Tavern. She has found a way to survive on her own and is existing within this world of tough Nepalese men. She barks orders at them, and they respond”, Allen happily ponders.

“She is self-aware, full of guile, straightforward, strong, and independent. It is a rare introduction of a female character in a film, particularly of that time. She is a woman of action; capable, resourceful and articulate”.

And Spielberg achieves that all — like so much of Raiders — with barely any dialogue. “She is even able at the end of the scene to declare her status as a full partner in the adventure they are about to embark on. I think we all want to be a bit more like her. I know I do.”

Despite having recently worked on National Lampoon’s Animal House (1978) and William Friedkin’s Cruising (1980), Karen Allen admits she was “relatively new to cinema” when cast as Marion.

“The scale of films I had done in comparison to Raiders was vastly different” she muses as Spielberg’s working methods clearly left an impression. “Steven was captaining a very large ship. The preparation that had gone into it was like nothing I had ever seen.

“He had story boards for every shot and had clearly thought out every moment and angle of every scene. It was exciting, somewhat intimidating, and — for me — a challenge to jump into a new way of working.”

After the budget excesses of Jaws, Close Encounters and 1941 left studio bosses both expectant and nervous, Spielberg was keen to keep a financial lid on his own Ark. “I was surprised by the preciseness of his vision“, Allen observes, “- but also by how it allowed equally for his spontaneity. It seemed clear that such preparation gave him freedom to be creative in the moment.”

That groundwork was noted by actor Paul Freeman who plays the film’s suave, intelligent arch nemesis, René Belloq. He admits his influences for the role were the era-correct actors Paul Henreid (Casablanca, 1941) and Charles Boyer (Gaslight, 1944).

“Belloq arrived fully formed in the script, any add-ons would have been superfluous”, suggests Freeman who remembers how “Steven’s only concern was to check just before shooting that I could do a French accent.”

“The Nazis are the real villains of the piece,” he suggests, “making Belloq an amoral collaborator. But Raiders is an entertainment — hence their cartoonish role befitting the humour of the film. It has been pointed out that if the Nazis had gained the Ark, the War and the Holocaust might have ended sooner. But that is another and different movie.”

Karen Allen is rightly proud of her involvement in Raiders of the Lost Ark and suggests why it has prevailed as a rare jewel of popular culture. “Raiders has become a film that gets passed down from generation to generation. The characters and the story have an almost mystical allure that bridges generations and captivates new audiences. I think there is also an appeal in its lack of special-effects, and the fact that even the most spectacular stunts are really happening on the screen without special-effects or CGI.”

As the cameras roll on Indiana Jones V, she suggests part of that box-office triumph is because “Harrison created the imperfect hero in Indiana Jones, and it is standing the test of time.” Caught up in cinema’s most famous treasure hunt, I wonder what Marion and Belloq think of being a part of a movie that could itself one day be a buried artefact of great importance. “Well, I hope that is true”, muses Freeman. “Being part of this movie has been an honour and a pleasure, a gift which keeps on giving”.

Before a Gestapo boss walks in and calls time at the bar, I speculate if Marion can still drink a whole mountain of Nepalese men under the table. “Just between us,” she grins, “I couldn’t then, and I can’t now. But Marion could. And it was a pleasure to see the world through her eyes, however briefly.

It is curious how director James Mangold’s fifth Indy adventure is now nearer in era to the 1970s new-wave genesis of Raiders of the Lost Ark than any 1930s B-movie that inspired it.

Indy was wrong. It is both the years and the mileage.

With their 1981 classic, Steven Spielberg and George Lucas not only raided the lost art of movie art, they also re-pointed it, re-orchestrated it and — when making a caper about the valour and impact of culture and history — created a modern cinema artefact which is now both culture and history.

Ultimately, the leading movie architect and cinematic explorer of our time is indeed Steven Spielberg himself. Karen Allen agrees.

“He is definitely an architect and adventurer extraordinaire in his own sphere: the Indiana Jones of film directors, unearthing cinematic treasures all along the way.”

Maybe they were digging in the right place after all.