Wednesday, 30 November 2022
You are here: Home Entertainment The movie “WRATH OF MAN” exposes the ultimate trailer Jason Statham as his son’s revenge 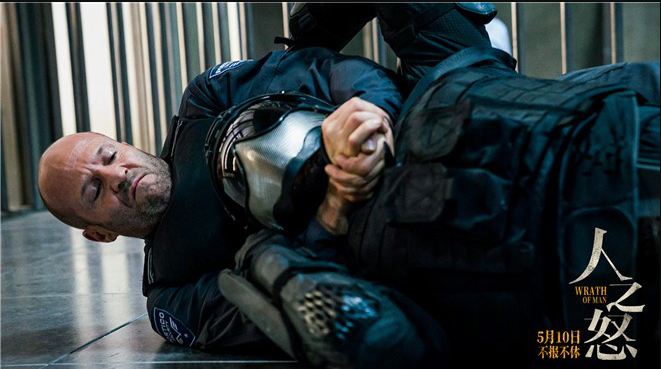 On April 30, the new action crime film “Man’s Fury” directed by Guy Ritchie and starring Jason Statham released the ultimate trailer and a set of “Dark Night Ghosts” version of stills. The film mainly tells the story of an angry father in order to avenge the death of his son. The film will be released nationwide on May 10th, and advance screening will start on May 8th and 9th. The pre-sale is currently in progress.

Is the identity of Jason Statham a mystery, the messenger of justice or the ghost of the dark night?

A strange money-carrying robbery in the trailer aroused colleagues’ suspicion of the novice security played by Jason Statham. In this robbery, the robbers obviously premeditatedly stopped the cash transport truck, evacuated the surrounding people, and prepared smoke bombs, unlocking tools and spray guns. However, the novice played by Jason Statham got off the car and took off his handkerchief to reveal Really, the heavily armed robbers were actually deterred, and ran away, and the cash transport truck fled the scene before it was robbed.

Could it be that this novice security has any advantages? Or have you been in contact with robbers? Even colleagues from the security company questioned-“Who is this lunatic?” It turned out that the novice security code-named H had been hunted by the FBI for 25 years and was evaluated as “lunatic”, “dark horse”, “jerk”, and “more cold-blooded than reptiles.”

The role played by Jason Statham was just an ordinary security guard at Fortis Security, but the boss was full of aura behind him, and he ordered his subordinates to dig three feet in order to find a name. The gun battle was even more fierce, cruel, and decisive. The bloodstained face was still able to fight passionately, and the fighting power was exploding, which also stimulated the adrenaline of the audience to soar.

At the same time, today the film crew also released a set of “Dark Night Ghosts” version of stills. In the film, the mysterious security H played by Jason Statham is actually a father. Witnessing the death of his son in a money robbery case, he was seriously injured. After waking up, the protagonist becomes more cold, and has an aura that is not close to anyone. The hatred of the bereavement turned Jason Statham into a “dark night ghost”, and he was merciless in the face of the suspect who was interrogated, and shot deadly. In order to find the murderer of his son, the pseudonym H Undercover Futong Security Company, only to find the inner ghost who cooperated with the robbers inside and outside to cause the death of the innocent beloved son.

The movie “Rage of Man” is directed by Guy Ritchie and starred by Jason Statham. This film is also the fourth collaboration of this pair of golden groups. I believe it will show a tacit understanding in the end. In addition, Guy Ritchie is often referred to as the “director who is best at shooting male actors.” In this film, Jason Statham’s identity is a mystery. It seems that he has multiple identities and a sense of personality. How Guy Ritch will tell this character, Jason Statham under the lens makes movie fans full of expectations.