Friday, 28 January 2022
You are here: Home How I bickered and bonded with a Spotify hacker 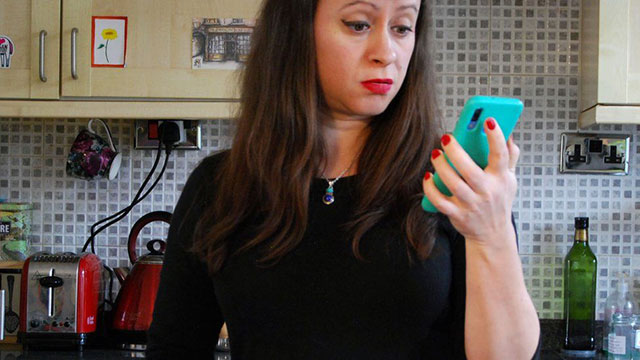 At the point when my Spotify account was hacked during the current lockdown, I spoke with the undesirable guest utilizing melody and digital broadcast titles.

I live alone in Bristol and work from home. One morning, when I hadn’t seen anybody aside from the feline for four entire days, I got three messages – each illuminating me regarding “another login” to the music-real time feature. The secret client was clearly in the US.

I opened the application on my telephone and, sufficiently sure, a melody I hadn’t chose was playing. It was Come Up by hip-jump/rap craftsman Kashoutjae – not something I’d pick.

There was clearly another person signed in. I immediately squeezed stop.

Considering everything, my Spotify username and secret phrase were indistinguishable and had been the equivalent since joining the stage back in 2009. Along these lines, it’s not really amazing my record was so natural to enter.

Each time the music began, I halted it right away. In any case, it just continued coming, with another tune firing up inside a couple of moments. Next my kitchen was honored without any Enemies (Port), which starts with a fairly unfavorable sounding console riff and a flood of obscenities.

Irritated, I interrupted my visitor’s enjoyment by playing a Lily Allen song I thought would aptly reflect my disgust.

Its title and chorus twists “thank you” into an expletive-driven command that is unrepeatable here.

“We hate what you do. And we hate your whole crew. So, please don’t stay in touch,” went one verse, helping communicate my fury.

In less than a minute, my hacker had switched the song to a profanity-filled choice of their own. I hit straight back with three choices featuring extreme swear words in their titles, intending to drive home my message. Lovely Choice (Transvestinno), came the reply after a few seconds.

Ah, so my hacker was a human being!

Suddenly he or she didn’t seem nearly so creepy or weird any more, and I felt us connect. As I said, the last human I’d seen was my boyfriend, but that had been several days earlier.

Thank You (Busta Rhymes) I replied, feeling a bit humble.

Feelings (CJB) they played in response, and I felt like we were getting on just fine. With a softened heart, I selected Goodbye Stranger (Supertramp) before a finale of Nice Knowing You (Lane 3).

But when I logged back in, my “friend” was somehow still hanging about, this time enjoying a rather mournful song called Stay Inside (JayJayEnder).

As I contacted Spotify for help again, I couldn’t help noticing its haunting tune and rather relatable lyrics: “Then this virus started, no-one can go on and live their lives… Coronavirus has taken my summer away.”

I felt a pang of sympathy, imagining somebody with no money to spare for a music subscription, just wanting to listen to some songs to pass the time.

A helpful Spotify employee was soon on the case. In the next 40 minutes, as we tried to sort it out, my long-distance buddy regaled me with 26 more hip-hop and rock tracks, all of which I stopped almost instantly, out of frustration.

I couldn’t tell if he or she was antagonising me with titles like Too Close (Mean Mywhyfe), Slaughtered (Unholy Funeral) and Silent Madness (Shooting Tunes). But they all seemed somehow fitting to the situation.

Either way, their music taste was now driving me crazy.

The angry lyrics and repetitive drumbeats sounded particularly grating coming through my smartphone speakers. And when a rock track called Crazy Smiles (Visible Invisibles Souls) started up, I cracked and selected Go Away (Weezer).

My hacker replied, Stressed Out (Kashoutjae).

You bet I’m stressed out, I thought!

Work to Do (Average White Band) I told them, followed by a podcast titled Got No Time For This, which was actually in Indonesian – but hey, it’s the title that counts.

Heartbreak (Manuel), they replied. I couldn’t help but think they were mocking me.

Seriously irked, I decided to let them know exactly what I thought of their choices, playing Bad Taste In Music = Low IQ? from the Sound Alchemy podcast.

Then I switched to Sorry You’re Not a Winner (Enter Shikari). Ha!

A passive-aggressive selection of songs by both of us continued for a while, until I tried to call things to a halt by playing the podcast Go For A Walk Outdoors (Finding Better Balance), followed by some ambient music to calm things down.

Fan (Crashout) came the response. I guess it worked.

In any case, Spotify had finally set me up with a brand new account, so that was the end of the hour-long encounter.

I’ll never know who the hacker was or what situation they were in.

But this brief connection – however unwelcome and anonymous – had provided a brief respite from the solitude of lockdown.

It was a brief interaction with a new person that was neither work-related nor involved a snatched conversation at a shop from behind a mask and Perspex.

And now, looking back, I find myself reflecting that this intrusion feels like it was a much less negative experience than it might have done under normal circumstances.