Sunday, 17 October 2021
You are here: Home NASA Perseverance landing today: How to land on Mars [UPDATED with livestream] 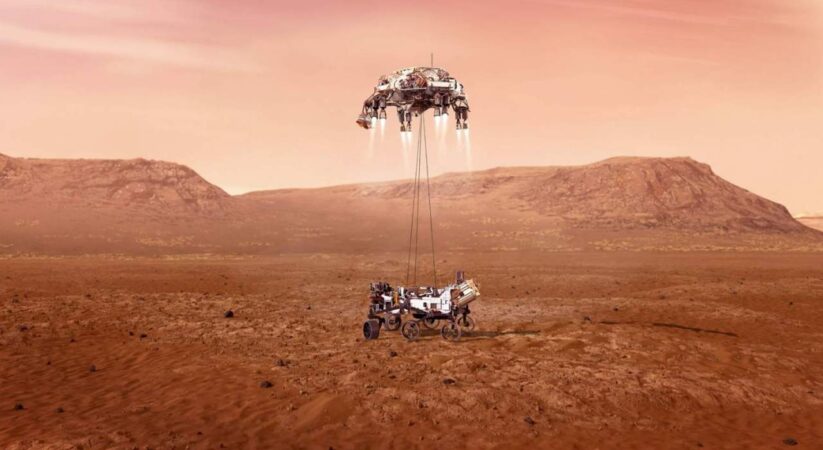 It is one of the big day the plucky Mars 2020 rover Perseverance has been waiting for, with NASA preparing a nail-biting descent to the red planet today. If all goes to plan, it’ll be a successful end to a very long journey: Mars is currently 127 million miles away from Earth, with Perseverance blasting off to begin its trip on July 30, 2020.

Perseverance isn’t the first Mars rover, of course, but it’s definitely NASA’s most complex and adept. Its payload of seven scientific instruments and 19 cameras will give scientists unprecedented views both of the Martian surface, and underneath, as the rover attempts to help unlock the secrets of the planet’s origins. However arguably the most exciting part of the mission is designed to detached.

Perseverance will also take a helicopter, named Ingenuity, down to the surface. It’s designed to come away from the rover and then take to the skies, beaming down imagery of the Jezero crater in which NASA intends to land, and helping plan for future missions. If successful, it’ll be the first example of powered flight on another planet that humankind has achieved.

Though Perseverance is designed to run for some time on Mars, its legacy will be even longer-lasting. One of the mission goals is to collect samples from the surface and underneath it, package them up into special containers, and then leave them for a future Mars mission to collect. They’ll then be returned to Earth for analysis, though that’s not expected to take place until some time in the 2030s. 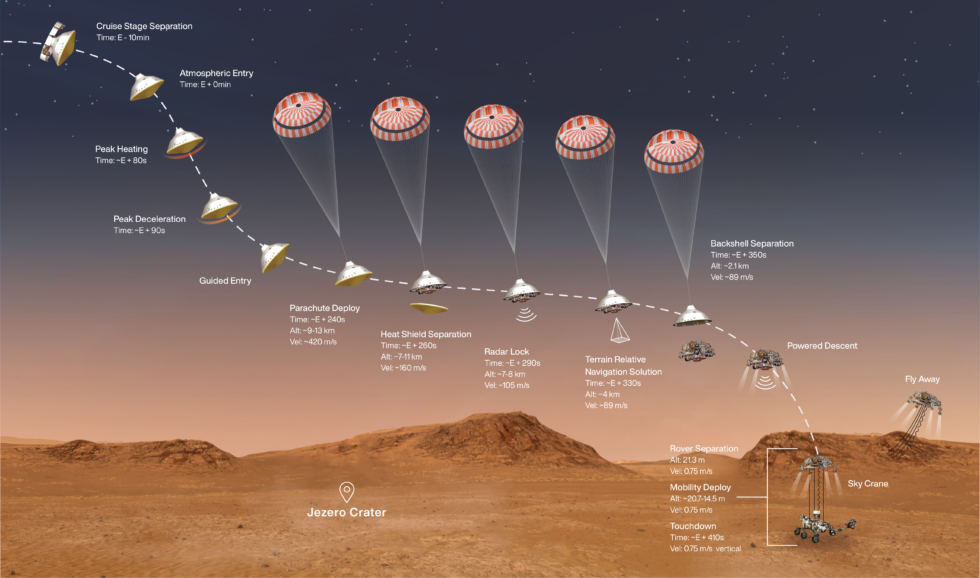 How to land on Mars

About four minutes after encountering the atmosphere, the vehicle’s parachutes will deploy. Shortly after, the protective aeroshell will fall away, its job done. Then, when the vehicle descends to about 4km above the planet’s surface, it will activate its Terrain Navigation System. Up until this point, Perseverance’s trip will be very similar to that of the Curiosity rover, which underwent a similar “seven minutes of terror” during its successful landing in August 2012.