Saturday, 13 August 2022
You are here: Home News The largest European solar telescope will be in the Canary Islands 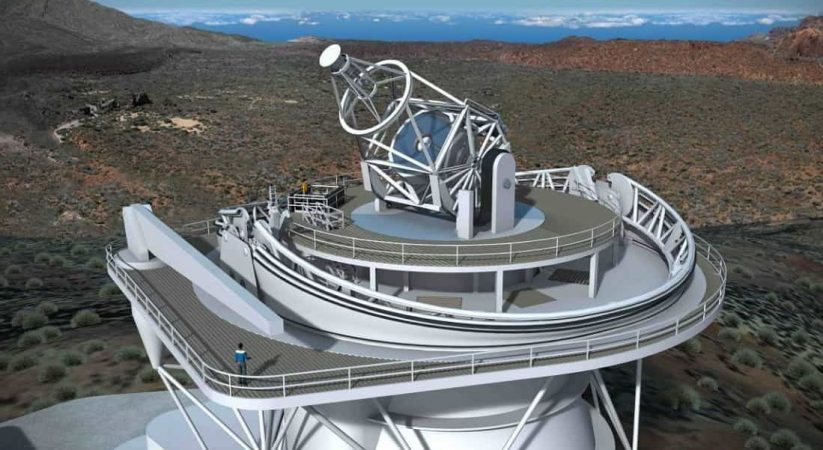 The European Solar Telescope (EST) will boost research on the Sun in Europe. It will be built on the island of La Palma, and, with a primary mirror of 4.2 meters in diameter and a height of 44 meters, it will be the largest solar telescope on the continent.

Its cutting-edge technology will provide astronomers with a unique tool to understand the Sun and how it determines conditions in near-Earth space.

This new European infrastructure will be presented in Spain on May 3 at the Residencia de Estudiantes in Madrid. The president of the CSIC, Rosa Menéndez , will welcome the event that will include the participation of Raquel Yotti , Secretary General for Research, and Inmaculada Figueroa , Deputy Director General for the Internationalization of Science and Innovation.

The researchers Manuel Collados , from the IAC, and Luis Bellot , from the IAA-CSIC, will be in charge of explaining in detail the EST project and the Spanish contribution to this project.

During the event, Reaching for the sun will be screened , a documentary presented by its director, Emilio García (IAA-CSIC), which reviews more than 400 years of history on the observation of the Sun in Europe since Galileo Galilei and which locates the Telescope European Solar in the framework of current solar physics research.

“For scientists, one of the greatest challenges facing solar physics is to understand the processes that generate and concentrate magnetic fields in the lower part of the photosphere, the region from which the visible light of the Sun that reaches to Earth,” explains Bellot.

Although there are solar telescopes with advanced technologies, they still do not allow us to observe the fundamental processes that give rise to these magnetic phenomena.

Understanding them is vital, because the Sun provides a unique model to understand the rest of the stars in the Universe and serves as a reference in terms of physical processes , chemical composition , structure and evolution , as explained by the project.

The aim of the European Solar Telescope is to investigate the structure , dynamics and energy of the lower solar atmosphere , where magnetic fields continually interact with plasma and magnetic energy is occasionally released in the form of powerful explosions.

This requires observing physical processes that take place on the small scale, that is, less than 30 kilometers on the solar surface.

To do this, the telescope will be equipped with a 4.2-meter mirror , an advanced adaptive optics system and specialized instruments for high-sensitivity observations throughout the visible and near-infrared spectrum.

Considered a flagship of European solar physics, the project was included in the roadmap of the European Strategy Forum for Research Infrastructures (ESFRI) in 2016 and is promoted by the European Association of Solar Telescopes (EAST) , which is made up of 26 institutions from 18 European countries and represents a community of more than 600 solar physicists.