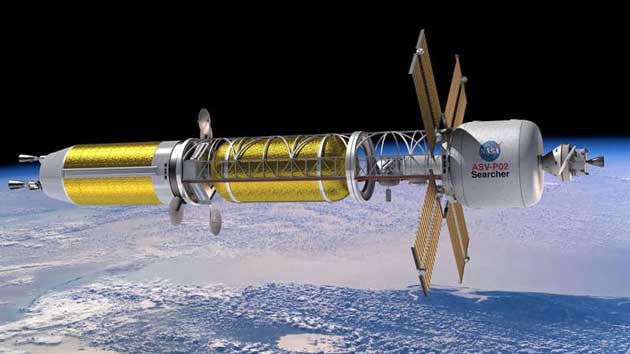 The US Defense Department’s ambitions beyond Earth just grew a little clearer. SpaceNews has learned the department recently put out a call for privately-made nuclear propulsion systems that could power small- and mid-sized spacecraft. The DoD wants to launch missions venturing beyond Earth orbit, and existing electric and solar spacecraft are neither suitable for that job nor suitable to smaller vehicles, the department’s Defense Innovation Unit said.

The nuclear propulsion system will ideally offer “high delta-V” (above 33ft/s) while scaling down to less than 2,000kg in dry mass (4,409lbs on Earth). On top of providing electricity for the payload, the technology will hopefully keep the spacecraft warm when in shadow and minimize radiation both on the ground and to other components. Responses are expected by September 23rd, with contracts handed out as quickly as 60 to 90 days afterward.

Officials acknowledged they were making the request as a matter of expediency. NASA and other agencies are already developing or backing nuclear spacecraft, but those won’t be ready for a long while. The DoD is hoping for a prototype within three to five years — this technology would serve as a stopgap that puts nuclear propulsion into service relatively quickly for near-term projects.

While the request didn’t provide clues as to what spacecraft were in the works, the focus on smaller spacecraft suggests it could involve probes, satellites or other vehicles with modest goals. You won’t see this power human trips to Mars. All the same, it’s clear the DoD is frustrated by the limitations of existing spacecraft engines and wants a fast track to more powerful designs.