Tuesday, 24 May 2022
You are here: Home Silenced AirTags With Disabled Speakers Are Popping Up for Sale Online 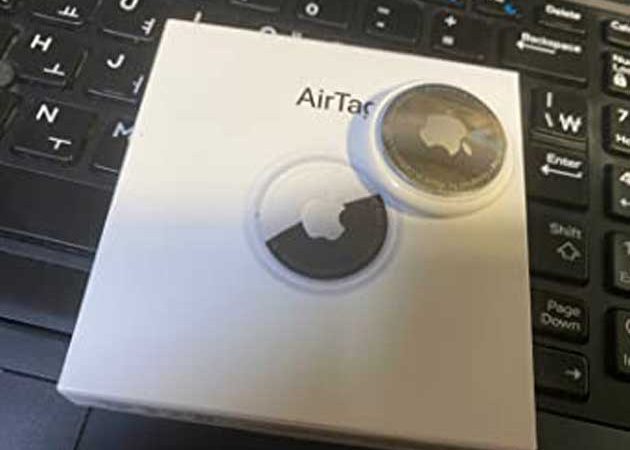 To make it harder for stalkers to abuse them, Apple included (and has since upgraded) several safety features that will alert someone to the presence of a nearby AirTag that’s not their own, including an audible beep. But according to PCMag, one Etsy seller was, up until very recently, selling AirTags with the speaker physically disabled, raising privacy concerns once again.

The AirTag, a small, easy-to-carry device about the size of a quarter, relies on Apple’s Find My network which leverages millions of Apple devices to discreetly keep tabs on the location of the trackers and report that information back to each tag’s registered user. The general idea behind the AirTag was that users could attach one to their keys, their backpack, or to other valuable items, and be able to quickly locate them if lost. To prevent their misuse, such as using an AirTag to track someone without their knowledge, iOS users would be eventually notified if a tracker registered to someone else was nearby, while Android users would have to rely on an audible beep that would start chirping three days after an AirTag was separated from its owner.

The product was ripe for abuse—a concern we emphasized in our initial review of the AirTags—and a couple of months after their debut Apple addressed those concerns with promised updates that would see Android users getting similar notifications as iOS users when an AirTag was nearby through a new Tracker Detect app that allowed Android users to more easily spot the devices. And the timeframe for when the trackers would start beeping after being away from its registered owner was shortened to a “random time inside a window that lasts between 8 and 24 hours,” according to a CNET report.

It didn’t eliminate the risks of AirTags being abused, but it was an improvement, although those intending to use the tiny trackers to locate a stolen bike or even a car (Apple specifies the AirTags are to be used for finding lost items, not stolen ones) worried the shortened timeframe for AirTags audibly revealing themselves would tip off thieves who would then be able to find and remove the devices. That concern has apparently led some to start selling modified AirTags, including a listing for a $77.50 “Silent AirTag” on Etsy (which has since been taken down) with a small hole made underneath the battery to deactivate the speaker. (That concern, at least, provides sellers with a little bit of cover for their motivations.)

Similar products can still be found on sites like amazon, and tutorials that illustrate how to deactivate or completely remove the AirTag’s speaker are readily available online. There are no software updates that Apple can release that will make a physically modified AirTag start to make noise again, and the other included safety features are still dependent on victims not only having an up-to-date smartphone but also being technically savvy enough to download and use the necessary apps to find rogue AirTags nearby. The risks involved with a product like this being abused still seem like they far outweigh the convenience of finding a misplaced set of keys.