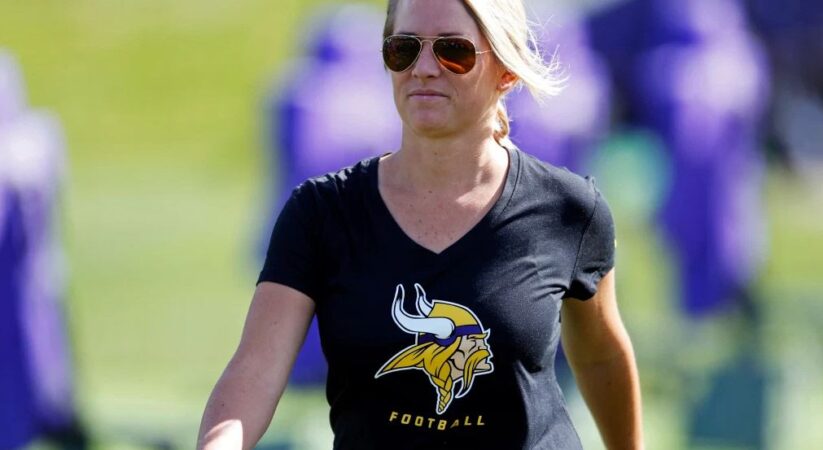 The Denver Broncos have hired Kelly Kleine as the executive director of football operations and special adviser to general manager George Paton, the team announced Monday.

Kleine, 30, is believed to be the highest-ranking female scouting executive ever with an NFL team.

“Kelly is a rising star in the NFL, and we’re fortunate to add someone of her caliber to the Denver Broncos,” Paton said in a statement announcing the news. “Having worked with her for nine years in Minnesota, Kelly has a strong understanding of all aspects of football operations and player evaluation along with outstanding leadership qualities. She will be a tremendous resource with her experience on the pro and college sides as well as her knowledge of our grading scale and football calendar.”

Kleine will be the primary liaison for the team’s football operations and oversee various areas of the pro and college scouting departments, including player evaluation and preparation for the NFL draft and free agency. She also will oversee the Broncos’ video and equipment departments.

Kleine spent 10 seasons in Minnesota, where she most recently served as the manager of player personnel and was also a college scout. The Wisconsin native got her start in the NFL as a public relations intern with the Vikings in 2012 while finishing her undergraduate degree at the University of Minnesota. She entered the scouting department as an administration intern in 2013. She became a scouting assistant in 2014 before being promoted to the team’s college scouting coordinator from 2015 to ’18.

As the manager of player personnel/college scout, Kleine scouted the Midwest region and was the liaison between all off-site scouts and the front office. Her job in scouting carried operations responsibilities in Minnesota where she scheduled and facilitated pre-draft visits as well as interviews for the Vikings at the annual scouting combine.