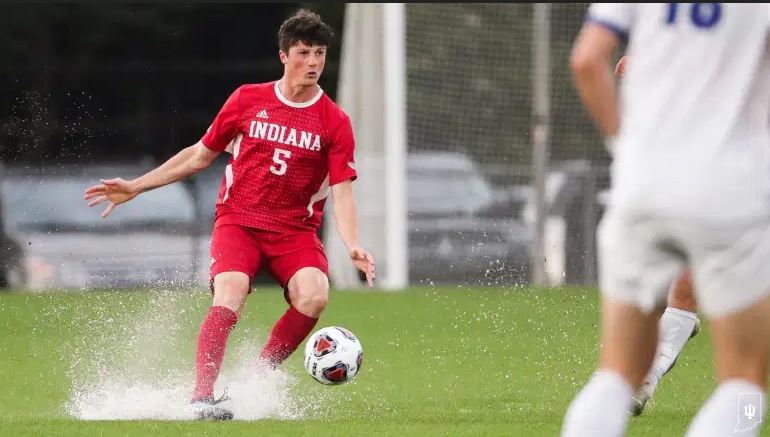 The no. 2nd seeded Pittsburgh Panthers will meet the no. 3 rd seeded Indiana Hoosiers in the men’s College Cup semifinals on Friday at WakeMed Soccer Park in Cary, NC. The match starts at 8:30 p.m. ET and will be televised on ESPNU.

How to watch Indiana vs. Pittsburgh in College Cup

The Hoosiers bested the Seton Hall Pirates 2-0 in the national quarterfinals on Monday, taking the lead on a Ryan Wittenbrink strike after a lightning-induced weather delay that lasted almost an hour.

In the 44th minute, not long after the teams retook the field, the redshirt sophomore forward deposited the ball into the lower right corner with his right foot from the top of the box for his fifth tally of the season.

“The goal was key, because it gave us a shot of confidence within the group,” Hoosiers head coach Todd Yeagley said, according to Sports Illustrated. “When you’ve got a 1-0 lead in the quarterfinal, you’ve got a lot of juice in you. The guys dug in and played smart, and I felt in control of the game, but sometimes the ball bounces in a disadvantageous way. Hats off to Seton Hall, that’s a good team that’s back on the national scene.”

Senior forward Thomas Warr added an insurance goal, his second of the year, in the 58th minute, and sophomore goalkeeper Roman Celentano came up with 6 saves for his ninth shutout of the campaign.

The Hoosiers have reached a record 21 College Cups. Their eight national titles rank second in Division I history, behind the Saint Louis Billikens’ 10.

“You have to take a moment and enjoy and celebrate something that many feel IU soccer just does,” Yeagley said, according to the Bloomington Herald-Times. “It’s hard to get to these games. It’s hard. And I want them to feel that and the jersey gives you a lot of pride and responsibility to play for something really big, but you guys are the ones who did it.

“Does (the history) give you an edge? I think it does, but you have to go out and do it. I want them to understand how important it is they got to this College Cup — the 21st is theirs. They’ll see the picture in the locker room and that’s always theirs.

“Hopefully, there’s more to this year, that when we finish here, we have another big one.”

The Panthers, on the other hand, punched their ticket to the program’s first College Cup on Monday, besting the Washington Huskies 3-0.

Sophomore midfielder Valentin Noel broke the tie in the 52nd minute, heading home a cross from grad student defender Jasper Löffelsend for his 14th goal of the year. Goalie Nico Campuzano, another grad student, needed just 4 saves for his sixth shutout this season.

“Tremendous effort by the guys today,” Pittsburgh head coach Jay Vidovich said, according to the school’s athletics department website. “We fought when we had to fight and we found the back of the net and a way to get a result. I am very proud of them and I think we did a great job of taking our opportunities controlling the match and managing it and with exceptional goals. We’re looking forward to the opportunity to compete in the semifinal.”