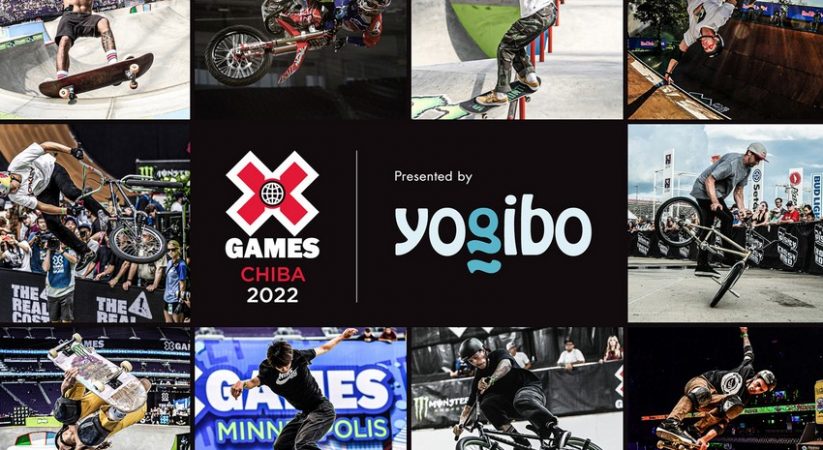 X Games, X Games Chiba Organizing Committee, Chiba City have formed a partnership, and with the lifestyle brand Yogibo as the title partner, skating as “X Games Chiba 2022 Presented by Yogibo” at ZOZO Marine Stadium (ZOZOMARINE STADIUM) Popular action sports such as board, BMX, and Moto X will be held for 3 days.

Launched in the United States in 1995, the X Games is the world’s largest international competition for action sports, with a cumulative total of more than 6 million people in 12 countries. Skateboarding, BMX, Moto X in the summer. Top ski and snowboard athletes are active in the winter and have had a tremendous impact on the action sports scene for over 25 years.

“X Games” is an international competition for action sports and a cultural event that attracts attention from all over the world. At this tournament as well, there is a festival-like experience where you can find various enjoyments, including music / art / food and drink, such as live music acts (announced at a later date) and the use of works by contemporary artist Yamaguchi for the tournament artwork. Probably.

The event day will be broadcast to the world on the US sports channel ESPN, which has a broadcasting network of more than 500 million households in 192 countries around the world.