Sunday, 14 August 2022
You are here: Home Sports “Natural Swarm” and natural disqualification. The first defeat of Roy Jones: how it was 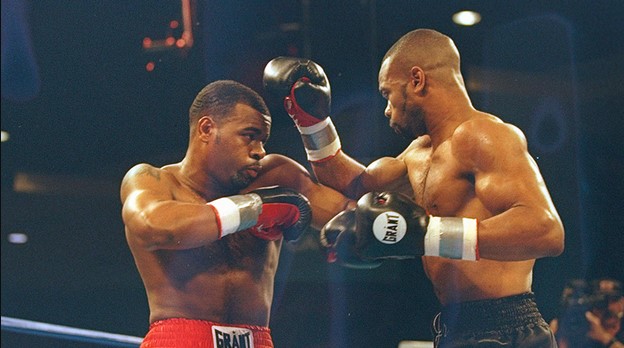 25 years ago – on the night of March 22, 1997 – Roy Jones lost his championship belt. Some consider this an injustice, others a natural outcome.

No fight between Roy Jones and Montell Griffin would have happened if not for James Toney. It all started with Tony vs. Roy, where, sensationally for many, James looked lethargic, slow, and basically couldn’t do anything. All of Tony’s toughness and power was lost in the space between the ropes. It was at super middleweight. Then Tony went to light heavyweight, where Griffin was already in two fights by controversial decisions, but he won. The talk that had begun about a rematch between Roy and James immediately faded away. The opponent was Montell Griffin.

Griffin did not represent anything extraordinary, like most of Roy’s rivals at that time. But he had some Olympic experience and a bunch of wins and no losses as a pro, which is why Roy didn’t rap on his way to the ring and didn’t play basketball the day before the fight. Roy was a 17-to-1 favorite, then the odds dropped to 6-1, but Griffin hadn’t lost yet, was a hard-hitting counterpuncher, and the HBO team was particularly pissed about him being a natural, natural light heavyweight, while Jones came in that weight after the middleweight and super middleweight titles. “Natural middleweight, ” they said. 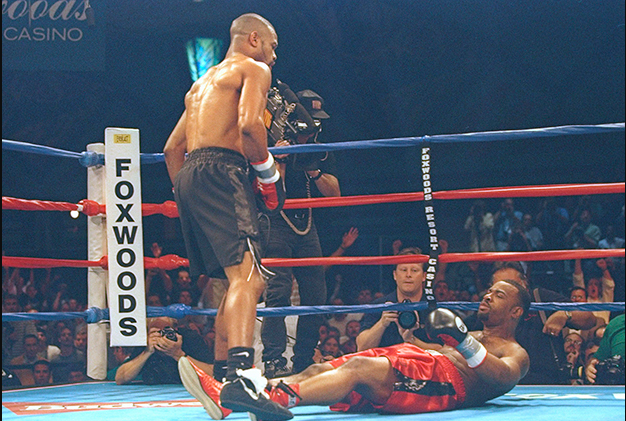 Griffin’s father was a coach who died when Montell was 12 while working in the corner. Now he was 26 years old, and he firmly believed that he had a good chance:

“After I beat him, it’s unlikely they will put me at the top of the pound-4-pound rating, but in any case this victory will mean something.”

Roy said that this is the same fight where the difference between a boy and a man will be visible.

The fight at the Taj Mahal casino in Atlantic City was the first defense of the WBC belt for the champion. Vigill Hill, the next possible opponent, was sitting in the ringside, so it seemed as if everything was already predetermined.

Roy’s plan was simple to describe but difficult to execute. Since Griffin was a good counterpuncher, Jones was going to call the attack, give his opponent a chance to counterattack, and then counter with OWN. The problem was that Montell knew Roy’s style, learned enough of it, and the first round was enough for him to adapt to it. When he pinned the champion to the ropes in the second round and took a break, Jones realized that he was not in time, already at the moment when the hook flew into his head. Roy’s jab also did not work very well, Montell moved, that is, he was not a stationary target, he felt the distance well and did not miss too much. By the sixth round, he was bold enough to drag the champ in an exchange of punches, landing two left hooks, and Roy gently grabbed the rope to keep his balance—or rather, “test the ground.”

He jumped on Griffin with fast streaks, but he quite successfully drove him away from himself. In the inside, Montell generally felt at home, that is, unnecessarily free. The HBO team was tied after the sixth round, with the official judges ahead of the challenger. And then Roy began to change tactics. Tried the swooping left hook again. Checked the body. AGAIN tried to intercept Griffin’s insider streak – with the same success. But then, after the blow, he ran into an opponent, made him lose balance and planted a hook, achieving a knockdown. However, the applicant was not shocked. But the very fact that Roy was changing made him a little disoriented.

In the eighth round, Griffin pressed again, drove the champion to the ropes, hit in series, again threw Roy onto the ropes with a couple of hard hits … Well, then, in the ninth, about the same thing happened as in the fight between Peter Yan and Aljamain Sterling. The champion lulled the vigilance of the challenger with monotony, then added in speed and density of attacks, and Montell Griffin’s brains in his skull began to dangle like a basketball. 46 seconds before the end of the round, he knelt down to put his head in order, to take a break.

Roy, without much thought, landed two more blows – and Griffin stuck his head into the flooring. Referee Tony Perez, who had not shown himself particularly well in battle before, worked well. He began to count down the knockdown of Montella – in case he could continue, and when he could not, he announced the disqualification to the champion. Perhaps he was too late to get between the boxers when Montell knelt down, but both were on the move until the last second, he moved after them and was slightly behind. But he saw that Griffin sat on his knee, and Roy Jones could not help but see it. But the champion decided that the situation needed to be pressed to the end, his killer instinct worked, although this was superfluous.

Many years later, when Jones and I meet in Russia, he will not be very willing to discuss this episode. “Well, you saw what happened in revenge!” he said. In the ring then Roy was much more verbose … He rested on the fact that the opponent went down from the blows the whole fight, and it was not clear whether he was on his knee. And the referee didn’t intervene. And – “no, I was not upset because the fight did not work out, I knocked him out honestly!”.

The judges at the time of the stoppage had a disagreement, two had Roy in the lead, and Griffin was on the third card, despite a knockdown in the seventh round. Larry Hazzard, the head of the Athletic Commission, came to the defense of the referee and his decision, and the most that Roy could get was a rematch. Montell could have chosen to unify the belts with Virgil Hill, but chose the money. He could have kept coach Eddie Futch in the corner, but chose the money.

In the rematch, Montell was already different. But Roy was not the same, maniacally focused on the opponent’s jaw, he already knew that he would knock out this “natural light heavyweight”, because he had already done it once. But the fact that the left hook did not work in the first fight, but suddenly began to cause damage in the second, is one of the mysteries for me. Or maybe Griffin simply did not recover from that knockout – only five months passed before the rematch.

Montell Griffin no longer came close to the championship. It was smeared by Dariusz Michalczewski and Antonio Tarver. Roy will hold a dozen more light heavyweight fights, but all of them will look so-so – some like a circus show, where opponents are put on the floor with a blow from behind, others like sleeping pills, in the third Roy was caught on steroids, but they let him go anyway – the opponent was also caught doping. But no one gave him a fight like Montell Griffin. Until Antonio Tarver, of course. He did not meet Michalchevski, went for the heavyweight belt, and then everything went awry.

But this confrontation with Griffin remained one of the key ones in his career, and it was won by someone who was not a boy, but a man. Stronger, tougher and tougher. Able to win by the rules and without. As he said, in general, Roy before this fight. It seems that he understood something in advance.