Thursday, 11 August 2022
You are here: Home Sports Roy Williams has hilarious response to question about UNC’s decision to schedule Marquette 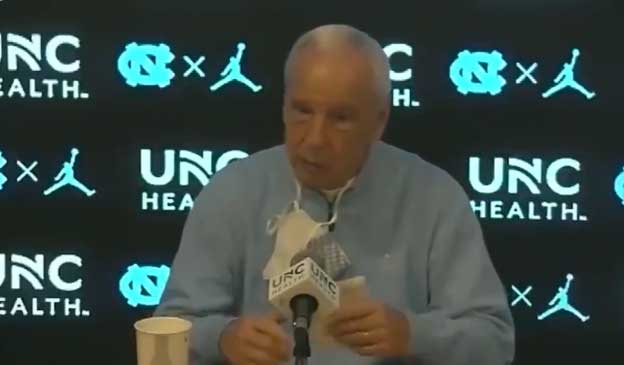 The North Carolina Tar Heels and Marquette Golden Eagles recently announced the scheduling of a nonconference basketball game for Wednesday in Chapel Hill. It was a decision that left many people confused, with North Carolina a bubble team (entered Wednesday 33rd in the NET rankings) that wouldn’t get much reward out of beating Marquette (100th in the NET) in what would be a Quad 3 game for the Tar Heels. Additionally, while just 10-12 entering the game, Marquette is a talented team that has wins over Wisconsin (19th in the NET) and Creighton (24th in the NET) this season. Marquette has shown that they’re very capable of beating teams that have been even better than North Carolina this season.

Along these lines, with such minimal likely prize out of winning a Quad 3 nonconference game at home, and genuine danger in the chance of losing to Marquette, it was a truly problematic choice for the Tar Heels to plan this game. All things considered, sure enough, Marquette won, and rather convincingly. The Golden Eagles left away with a 83-70 success in Chapel Hill.

During his postgame public interview, North Carolina lead trainer Roy Williams was gotten some information about the choice to plan Marquette.

Reporter: “What would you say to Carolina fans who are questioning whether or not it made sense to schedule this game considering the result?”

It would’ve been a good idea to stop the question before “considering the result.” There’s a big difference in what you think of an idea before it happens vs after you know how it went!

And that led to a hilarious response from Williams, before he walked out: 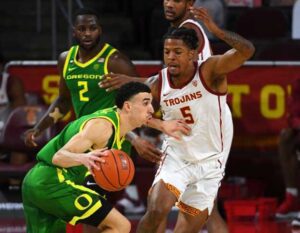 Exemplary, and the Lakers line is especially awesome.

Obviously Williams presently wishes they hadn’t planned the game (all things considered, “we can’t work in damn knowing the past,” as he so expressively put it). It’s a beautiful fierce shortfall for the Tar Heels (14-8) that squeezes them to do well in extreme impending games — versus Florida State (twelfth in NET), at Syracuse (on the air pocket; 57th in NET), and versus Duke (on the air pocket and scorching; 48th in NET ) — and in the ACC Tournament to get an everywhere offered.

All things considered, even prior to knowing the outcome, it didn’t bode well for North Carolina to consent to play Marquette, and the school circles Twitter world had a ton to say after the Tar Heels’ misfortune.

It’s Monday Morning Quarterbacking, I acknowledge. But you have to question the strategy behind a bubble team like UNC adding a Q3 game vs. Marquette at this point in the season. A win was never going to help the Tar Heels’ resume, and this loss clearly hurts.

Parrish nails it with this. Made no sense to schedule Marquette. https://t.co/3NtO9a3zjb

Marquette is exactly the sort of team you want to avoid. Talented enough to beat you, but zero upside if you beat them. And North Carolina took this game, willingly, four days ago. Why???

Instead, he scheduled a very talented team that could easily beat you and be a Q3 loss if they do. It was scheduling malpractice for a team anywhere near the bubble. https://t.co/4nHYKJEXJh

Hard to overstate the magnitude of a bad Q3 home loss like this for the Tar Heels. Significant ding on the NCAAT resume.