Thursday, 8 December 2022
You are here: Home Sports Top 10 Cowboys and Cowgirls Announced for The American Rodeo in Arlington, Texas 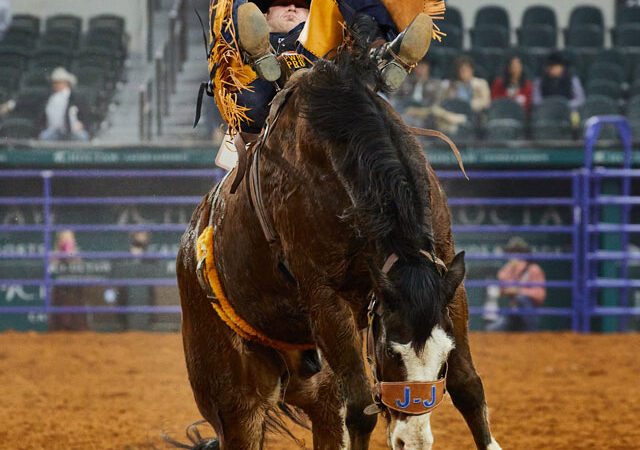 Top 10 Cowboys and Cowgirls Announced for The American Rodeo to Compete At The World’s Richest Weekend in Western Sports March 6-7, 2021 at AT&T Stadium in Arlington, Texas

RFD-TV’s The American Rodeo presented by Durango Boots announced today the top 10 cowboys and cowgirls in each event who will be competing at this year’s richest weekend in western sports taking place March 6-7, 2021 at AT&T Stadium.

“The American Rodeo is the only place to see the top 10 best cowboys and cowgirls in the world compete under the same roof, on the same night, other than the NFR,” said Randy Bernard, The American Rodeo CEO. “This rodeo is life-changing with the amount of money that is available for these athletes to win in one weekend and brings out a level of competition you just don’t see at other rodeos.”

The following are quotes from several top competitors for this year’s event:

“The American is like no other!” said Shad Mayfield, Tie-Down Roper. “It’s been an amazing feeling to get to compete at the highest level against the best for the highest amount of money and I am really looking forward to it this year.”

“I’m glad that a rodeo like The American is sticking their neck out in the midst of what’s going on to allow us to make a living,” said Will Lummus, Steer Wrestling.

The 2021 American Rodeo Top 10 Contestants are as follows:

For this year’s competition, the American Rodeo extended an exemption invitation to tie-down roper Caleb Smidt and barrel racer Dona Kay Rule. Due to an unfortunate turn of events last year and testing positive for COVID-19, both Smidt and Rule were sent home and unable to participate in the 2020 National Finals Rodeo (NFR) and interfered with the opportunity to be invited to compete at the 2021 American Rodeo as a Top 10 contestant. Rule accepted the exemption invitation and will be joining the Top 10 barrel racers in the world to compete for $100,000 at AT&T Stadium. Smidt, thankful for the exemption opportunity, decided to turn the invitation down and try to make the finals on his own and win a shot at the $1 million qualifier cash bonus.

The American Rodeo is known as the world’s richest weekend in western sports due to its tremendous prize offering of $2.3 million. Qualifying events are held across the country, throughout the calendar year, as ropers and riders hope to compete and make it to The American Rodeo Semi-Finals and Finals in Texas.

The 11-day rodeo competition kicks off on February 25th in the Fort Worth Stockyards for slack and semi-finals and the finals take place over the weekend of March 6-7, 2021 at the Dallas Cowboys’ AT&T Stadium in Arlington, TX. The American Rodeo unites the top athletes in the world from the PRCA and pits them against underdogs who advance from The American Rodeo Semi-Finals, together to battle for the biggest single, life-changing paycheck of their lives. All events will be broadcast live on The Cowboy Channel and RFD-TV.

Tickets for The American Rodeo at AT&T Stadium March 6-7, 2021 can be purchased at SeatGeek.com. Standard ticket prices range from $20-$150, encompassing four pricing tiers for every level of rodeo fan. Due to current COVID-19 restrictions, only a limited number of tickets will be sold on a first-come, first-serve basis. Tickets will be sold in seating pods of 2, 4, or 6. Tickets to The American Rodeo Semi-Finals March 3-5, 2021 at Cowtown Coliseum in the Fort Worth Stockyards can be purchased at CowtownColiseum.com. Standard ticket prices range from $25-$55.

For more information and a complete listing of all RFD-TV’s The American Rodeo presented by Durango Boots events in Fort Worth and Arlington, please visit www.americanrodeo.com