Monday, 21 June 2021
You are here: Home Why Isla Fisher and Sacha Baron Cohen Don’t Post Their 3 Kids on Social Media 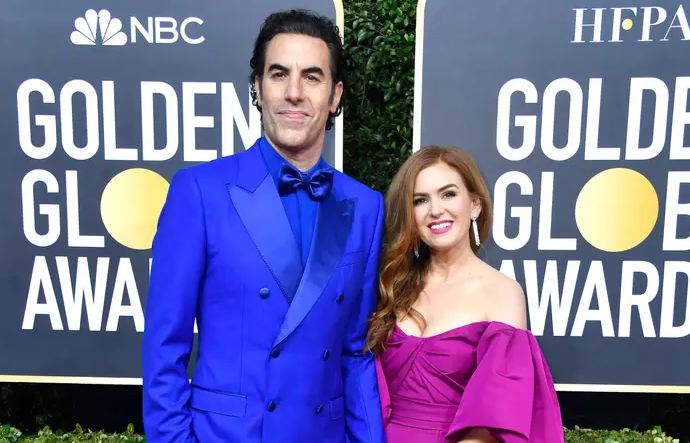 If you find yourself cruising through Isla Fisher’s social media, you can usually find gorgeous shots of the actress and stunning photos with husband Sacha Baron Cohen—but one thing she has firmly chosen to keep off of social media are the couple’s three young children.

The Blithe Spirit star recently shared in an interview with Marie Claire Australia that although the subject of motherhood is truly all that she would love to talk about, she maintains a boundary when discussing them publicly. “Motherhood is actually my favorite topic,” she confessed. “But I keep it private.”

Fisher opened up to the magazine about the reason the couple—who share daughters Olive (born in 2007), Elula (born in 2011) and 6-year-old son Montgomery—chose to keep their children largely away from the public eye.

“I think all parents are trying to protect their kids, especially in the social media age,” she explained. “I want our children to have a normal childhood – being able to play outside without pressure or scrutiny. All kids have the right to just be kids, and I would never sell a film or magazine by speaking about [mine].”

This isn’t the first time the Wedding Crashers star made it clear her family life remains as private as possible. The mom of three also previously explained to Today Parents in 2017 that the pair made the decision with the thought of their children’s futures in mind.

“If you speak about your children or if you take them to a red carpet event, you can’t be litigious later on when there is a picture of them in something and say, ‘hey, they deserve anonymity,’ but they do,” Fisher explained. “They have rights, too. It’s a very conscious decision and truly I would feel really disgusting about myself if I used my family to sell something. It wouldn’t sit right with me. It doesn’t line up with my values.”

The A-list couple, who tied the knot in March 2010, recently moved to Fisher’s native country of Australia.