Wednesday, 25 May 2022
You are here: Home Why There’s No AP All-Pro Second Team Running Back This Year 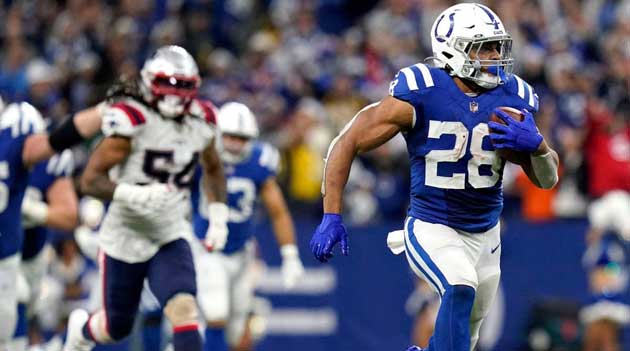 Taylor, who rushed for 1,811 yards and 18 touchdowns on 332 carries, received all 50 votes for the running back spot. Since AP voters are only allowed to vote for one running back, that meant there was no player left to receive the honor of being on the NFL All-Pro Second Team.

Voters get two votes for some of the other positions, which is why Kupp, Adams, Watt and Donald were able to be considered unanimous selections without the same issue.

When the AP released its results on Friday, it just listed ‘VACANT’ for the spot behind Taylor.

It’s unclear if the AP will look to revise its voting model in response. Perhaps some kind of system where voters vote for two players for each position, with more weight placed on the first place vote, could work.

Regardless, the voting results show you what an incredible season Taylor had. The second-year former Wisconsin star led the NFL in rushing yards by a wide margin. Browns running back Nick Chubb was next-best with 1,259 rushing yards.

Despite Taylor’s success, the Colts failed to qualify for the playoffs as a result of a loss to the Jaguars in the final week of the regular season. Owner Jim Irsay recorded a video of himself Friday night, promising to make the changes needed to avoid such a collapse in the future.

The NFL playoffs will kick off this weekend, with plenty of stars from the AP’s 2021 NFL All-Pro Team in action.