Tuesday, 24 May 2022
You are here: Home World champion Shabalin is making a film about ballet. His previous work has been exhibited at international festivals 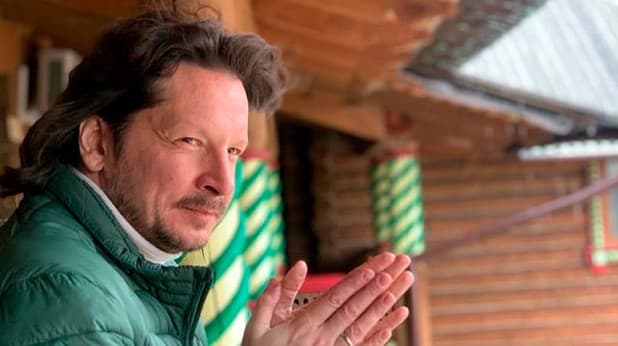 After graduating from high school, many skaters enter a sports university, even if they plan to connect their lives with something else. Some then really begin to work as coaches or directors, or at least drive up children, that is, give them additional lessons. But sometimes athletes also choose unusual professions – for example, world dance champion Maxim Shabalin studied civil administration, and now performs in ice shows (which is not at all surprising) and makes feature films. Shabalin is preparing to create his second work – this time the full-length picture “The Seasons”.

Behind a desk in the status of an Olympic medalist

In 2019, the ex-skater made his debut as a director and screenwriter with the short film Die Juliet! For the first time, this picture saw the light at the Koroche festival in Kaliningrad, where 37 films were selected for the main competition. In Shabalin’s tape, the main role is played by his wife Irina Grineva. According to the plot of the 15-minute picture, the ambitious and uncompromising coach Irina Vladimirovna works with figure skaters, raising them like warriors. She does the same with her own daughter, only in life everything is not as simple as it seems. The film has been shown at many international festivals, including events in Palermo, Barcelona and Bern.

“I came to VGIK and for the first few months I figured out what it is, cinema, and what directing is,” recalled Shabalin. – For six months I was drawn into everything, peered, then the shooting began. What is the answer to my questions? This is something akin to conducting, writing, poetry, something that the profession absorbs into itself, a kind of sensual thing, not analytical. But then analytics is already connected to it, and this is already some kind of leadership, all together – this is what then comes out on the screen. What do you have in common with sports? This is a big challenge.

Now Maxim decided to take on a full-length film. The name is already known – “Seasons”. According to the script, the film tells about the prima ballerina of the Mariinsky Theater Natalya, whose career is under threat due to her husband’s jealousy and conflict with other members of the troupe. Shabalin said on the air of the St. Petersburg TV channel that the idea for the painting came to him during a ballet rehearsal in the theater.

– Watching all this atmosphere – creative and a little nervous – I came up with this idea, and this idea did not leave me for a long time, – the world champion explained. 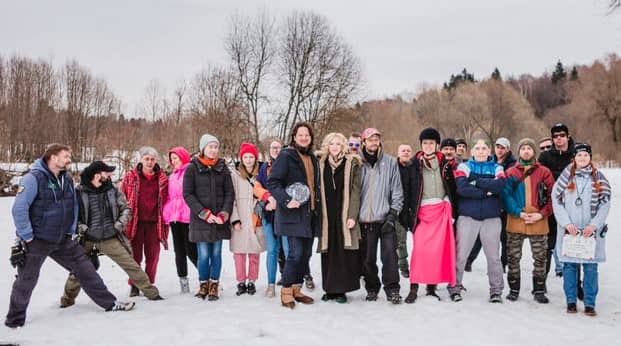 At the end of 2020, the Olympic medalist defended his project at the Ministry of Culture. It turned out there that the VGIK-Debut production center would deal with the new picture, and Irina Grineva would play the main role again. In the presentation of the film, they showed samples of Grineva, who, according to the plot, loses her job and family, but managed to cope with the situation. The other main role will go to the Honored Artist of Russia Alexei Vertkov.

“History is an internal duel,” the director of the film commented on the plot at its presentation. The heroine emerges victorious from him. And with the hero Alexei there is a reverse transformation. Outwardly he is a winner, but inside he understands that he made a mistake.

Shabalin said that the film itself touches on several topics at once – love, vocation, the conflict between what the vocation requires and personal feelings. This is not an autobiographical story, but each director somehow uses part of his own experience in his work.

They plan to shoot the film in the building of the Mariinsky Theater – Shabalin thanked the artistic director Valery Gergiev for the fact that the theater found time for the filming process. Maxim talked about the main colors of the film – blue, red and white. And the work on the painting has already begun.

“Working on a debut film is, of course, a special responsibility,” Shabalin notes in a comment to the Kino-teatr.ru website. – In any case, the beginning is important, it sets the vector of movement, the topics that interest the director. In all the first works there is a special energy, a search for one’s film language, style. Of course, the team that goes with you on this journey is very important. I’m sure it won’t be easy. Whenever something is born, it happens through overcoming difficulties, especially when it comes to the debut.

The Bolshoi ballet dancer Denis Medvedev and actors Pavel Osadchiy, Tatiana Maist, Alexander Galibin and Irina Savitskova will also take part in the film. In addition to St. Petersburg, part of the filming will take place in Moscow and the region, where the VGIK building itself will be involved. There is no word on when the work on the film will end, but the director himself already has a written script for the new film.